Maobadi: The State of Things Today 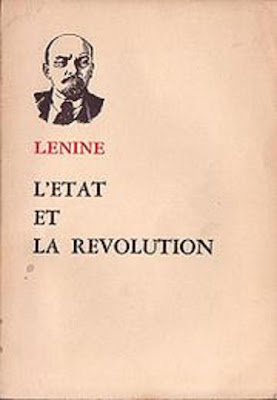 The Maobadi struggle for state power is against the dictatorship of minority exploiter classes. The reactionary leadership has deep connections with Indian hegemonic forces and a standing army comprised of the former Royal Army. It also has powerful political sway over the judiciary. This is how it maintains dictatorship of the oppressed proletariat. The Maobadi aim to smash this state entirely and establish a new type of proletarian dictatorship over the minority exploiter classes while constructing an economic base to replace the existing semi-feudal and semi-colonial context.

Furthermore, most importantly, the Maobadi intend ensuring continuous and active participation of the masses in state affairs and thereby avoid degeneration into a totalitarian bureaucratic capitalism, as was the fate of past proletarian states. This application of democracy involving various masses of the proletariat is novel inasmuch as this proletariat simultaneously maintains dictatorship over the minority exploiter classes. The truth of the communist hypothesis will be actualized, will be seen to have been true, the moment this revolution is completed and the state no longer exists, having withered away in the revolutionary process.

The Maobadi are employing a new kind of process, the result of which is to be an actualization of communism that will also be novel inasmuch as its hypothesis has not hitherto reached such a level of development – this is 21st Century Communism. There are historical roots of this development, beginnings to be carried to completion in the withering away of the state. are the proletarian dictatorship in the Paris Commune (only lasting 72 days), Lenin’s developing the dictatorship of the proletariat in the form of Soviet system for seven years following the October Socialist Revolution, and the GPCR carried out from 1966 to 1976 under the leadership of Mao. There are key elements from these three the Maobadi aim to repeat and carry forward in their development. Each was the embodiment of a transitional state following the smashing of a bourgeois dictatorship and an uncompleted process based on a key axiomatic.

The Maobadi are taking forward the axiomatic: a period needed for continuous social revolution and the whole mode of production, at the end of which the proletarian dictatorship, enforced in maintaining a transitional state lead by a vanguard Party, will no longer be needed. Of course this is in direct contradiction of anarchism at the outset, and in the withering away of the transitional state is also the direct contradiction of the dogmato-revisionism leading to the totalitarian bureaucratic capitalism that occurred in Russia and China. It is in its unique application of “democratic centralism” in the latter contradiction that the Maobadi envision 21st Century Communism. At the present time, the Maobadi have not smashed the state and the transitional dictatorship over exploiter classes is far from installed. What can be seen of the democratic centralism to work in tandem with dictatorship of the proletariat to prevent dogmato-revisionism is evident in their current actions and plan.

The Maobadi are operating in a new age and in the concrete conditions of Nepal. Their plan is to have a first phase of bourgeois democratic revolution, joint democratic dictatorship of different oppressed classes, nationalities, regions, gender and communities under the leadership of the proletariat. An early manifestation has been the ‘United Revolutionary People’s Council’ (URPC), an embryonic form central state power to coordinate and guide the local people’s power, which is a broad revolutionary united front of different classes, nationalities, regions, women and others under the leadership of the CPN (Maoist). Every day in the news we hear nothing but the cries of the reactionaries that the Maobadi are about to establish a dictatorship, by which they mean to create fear of this as being dogmato-revisionist communism of the past. As if they were not capitalist parliamentarian dictators themselves. The democratic centralism of the Maobadi is a direct contradiction of this propaganda. This is what they want to install in the formation of the new constitution.

The reactionary cry of “dictatorship!” may be silly, but equally stupid is to think that the Maobadi are revisionists of some type who are communists playing the role of one of a number of competing parties in what is to be an ongoing pluralistic democracy inclusive of the current classes that have been in power for past generations. Their goal is for all this to end, including any state power of which they may be the vanguard party. Democratic centralism is a means to this end and by no means involves the participation of what they identify as exploiter classes. The transitional state envisioned is in fact a dictatorship over exploiting classes that will at the same time involve a process of control, supervision and intervention of the masses over the state according to the principle of continuous revolution. The Maobadi Communist Party is to have dialectical relations of democratic political competition in the service of the people. Anybody this process who transgresses the limits legally set by the democratic state would be subjected to democratic dictatorship including Mr. Prachanda or Dr. Bhattarai.


Before any of this can come to pass however is the smashing of the reactionary state with the neutralizing of its leaders, its standing army and its judiciary. How has the reactionary state maintained its dictatorship over the proletariat, and how again will the proletariat enforce it dictatorship over the exploiter classes? Dictatorship in any event is the means of eliminating the enemy classes through use of force and suppression, which is carried out primarily through armed force, incarceration and other imposed authority. It is axiomatic in revolution that there is the elimination of the reactionary standing army and in its stead establishment of the armed people. The Maobadi are explicit in following the dictum of Mao in planning the formation of a 21st century people’s army by developing conscious armed masses so that they may learn to use their right to rebel. We are right now at the juncture of the Maobadi neutralizing the Nepal National Army. With this would come the end of reactionary power over the people and its influence over the judiciary.

If the Maobadi smash the state, the writing of the new constitution with the leadership of the Maobadi will be about organizing political competition within the constitutional limits of an anti-feudal and anti-imperialist democratic state. It will be the establishment of a dictatorship of the proletariat over the oppressor classes and a dictatorship over any dogmato-revisionist tendency in the Party itself. It will be the constitution of a state that is to wither away. And this too will be the end of the Maobadi. With such a regulating constitution in place and the proletariat in power there can be the taking possession of the means of production in the name of society. The business of land reform, economic development for the people and a thousand other goals of emancipatory politics may hope to continue. We may hope to see actual existing true communism in our time.

Marx:
“Between capitalist and communist society lies the period of the revolutionary transformation of the one into the other. Corresponding to this is also a political transition period in which the state can be nothing but the revolutionary dictatorship of the proletariat.”
Engels:
“The first act by virtue of which the state really constitutes itself the representative of the whole of society- the taking possession of the means of production in the name of society- this is, at the same time, its last independent act as a state.”

Lenin:
“In Russia … the bureaucratic machine has been completely smashed, razed to the ground; the old judges have all been sent packing, the bourgeois parliament has been dispersed-and far more accessible representation has been given to the workers and peasants; their Soviets have replaced the bureaucrats, and their Soviets have been authorized to elect the judges. This fact alone is enough for all the oppressed classes to recognize that Soviet power, i.e., the present form of the dictatorship of the proletariat, is a million times more democratic than the most democratic bourgeois republic.”

You are quite right showing the role of a vanguard party in the Nepalese Maoist struggle over State
Power.

Do you depart from Badiou on that view ? or am I mistaken.

I think that Bhattarai and Prachanda have developed the MLM concept of the Party and freed it from the static model of the 20th century to a new dynamic model.

I offer Bhattarai 's paper on Party Building in Problems and Prospects of Revolution in Nepal has evidence of this new Party concept.

Badiou is reported by Peter Hallward for instance as being post-Marxist.. as rejecting the party role .. I am not sure that's taken entirely right by readers of Hallward or exactly what Hallward is saying himself. I think Badiou is advocating political action at a distance from the state as exemplified by his L'Organization Politique.. I think he advocates this because revolutionary effectiveness by indirectly influencing public opinion to put pressure on state administration can happen this way, better than and in supplement to participation in parliamentary activity. I think he emphasizes this because effectiveness within "capitalo-parliamentarian" power coordinates has to a large degree become "saturated" in the sense of the degree of inspiration that activity holds for revolutionary "Subjects". I don't know if Badiou would deny the value of the party leading a dictatorship over exploiter classes by the proletariat comprised of a multiplicity of oppressed groups running a democratic centralist state. This strategy of the Maobadi is something I can have fidelity to in a Badiouan sense. At the same time politics at a distance from the state is equally important - as in the Cultural Revolution and in Lenin's Soviets. For example communal take-over of lands by the tiller's with support of the armed peoples of those communes would be the kind of development I would see as an indicator of the withering away of the state.

Normally democratic centralism applies to the Party but you like the quotation from Mao at the end of your article apply it to the state and the people which is quite innovative.

Has Bhattarai has said Mao made a fundamental contribution to create a proper balance between centralism and democracy and build a new type of mass party.

Bhattarai also made the essential point that the ultimate goal of proletarian revolutionaries should be to make both democracy and centralism wither away in communism by creating "self centralism" as envisioned by Rosa Luxembourg.