Explicit Face of Indian Imperialism - Sood off to Delhi 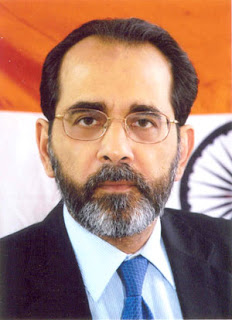 Indian ambassador to Nepal Rakesh Sood has left for New Delhi on Thursday to brief top Indian officials on the current row over the Nepal Army chief.

Sood is visiting New Delhi after having a number of parleys with Prime Minister Prachanda since Monday, strongly asking him not to go ahead with his plan to sack NA chief Rookmangud Katawal. During his parleys with the PM, he reportedly warned that Katawal's ouster would invite political crisis in Nepal.

Some reports quoting Baluwatar insiders said the Indian ambassador also warned that the current Maoist-led coalition would be overturned within days if the government ousted the army chief.

Sood also had telephone conversation with CPN (UML) chairman Jhala Nath Khanal, who returned to the capital after cutting short his China trip this afternoon and informed him about India's position regarding the ongoing dispute.

Democracy and Class Struggle says how more explicit can Indian Imperialism be than the current display of interference in the sovereign state of Nepal another lesson for the Nepalese and the wider world.

Imperialism used to be shamefaced for a time but now it has become blatant and in your face and will generate the response that it has generated in Iraq or Afghanistan resistance and struggle - the sell by date of Imperialism has already passed - what is left is blatant parasiticism covered by anti totalitarian rhetoric.
Posted by nickglais on 4/23/2009 04:25:00 AM