Ian Tomlinson did not die from natural causes 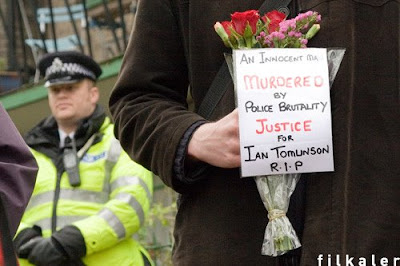 A new post mortem says Ian Tomlinson died from an abdominal haemorrhage not a heart attack after contact with police during the G20 protests. He was hit and pushed over by a police officer on 1 April, when he was just trying to get home from work. The statement from the City of London Coroners Court overturns the initial assessment that the newspaper seller died of natural causes. Another lie exposed.