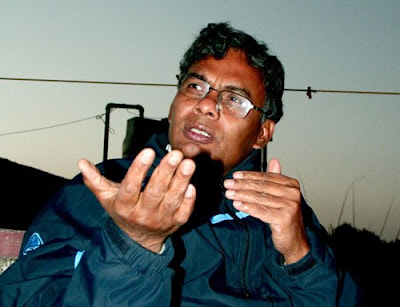 Tension has risen in Biratnagar after cadres of the Unified CPN (Maoist) and CPN (Maoist) led by Matrika Yadav clashed with each other Wednesday night.

The local administration has imposed prohibitory orders in areas surrounding Sirauchiya of Biratnagar to take the situation in control.

Reports say over a dozen people including two policemen have been injured in the clashes that began from about 10 pm Wednesday.

According to police, there was two-way firing between the cadres of the Unified Maoists and its dissident faction. Satya Narayan Ray, Gyanu Bhattarai and Kishor Chaudhary have been injured in the firing.

Matrika Yadav led Maoists have claimed the clashes started after a group of people vandalised their office.
Posted by nickglais on 4/09/2009 03:55:00 AM