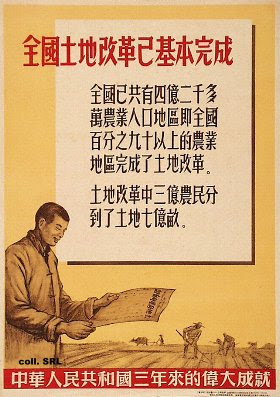 KATHMANDU, April 21 - Prime Minister Prachanda Tuesday said sustainable development is impossible until there is proper management of land reforms in the country.

Inaugurating an international programme on land reforms in the capital, Prime Minister Dahal said High-level Land Reforms Commission will submit the suggestions within six months and head the works for the same.

He opined that land reforms took a leap only after the initiatives by the Maoists’ armed war though it was the main agenda in Nepal since many years.

Over 300 participants from some 43 countries are participating in the three-day international programme.
Posted by nickglais on 4/21/2009 01:55:00 AM