On Badiou's Idea of Communism Plus Maobadi Revolution by Stephen Maudlin 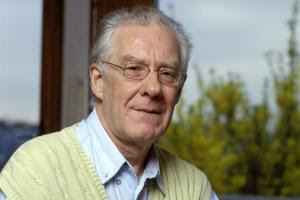 I will begin with a few words about half my topic, Alain Badiou and the idea of communism in his philosophy. We may safely begin by saying the idea of communism has an axiomatic notion of human freedom radically opposed to that of any and all forms of class based governance inasmuch as it posits an egalitarian maxim – that individuals in social relations are essentially equals despite differences in abilities and needs. This axiom, this communist hypothesis, apparently has two aspects. One pertains to the subjective conditions of individuals while the other aspect is the objective conditions of the whole of society – a contrast of subjectivity and science so to speak. To the extent that exploiter classes hold dictatorship over oppressed classes, to that extent exists the impetus for communist revolution.

The assertion is that the egalitarian maxim is true and the violation of that truth is grounds for militancy. The unique character of Alain Badiou’s communist philosophy is that what is actually true would be determined both subjectively and scientifically true. First are the subjects who decide that the communist hypothesis is true and engage in militancy against exploiter classes. However, this allegiance or fidelity must be sustained for a period by subjects fighting for the oppressed masses. That the communist hypothesis is objectively true, is scientific truth, would verify the subjective truth only in the future anterior when classless society (communism) actually exists. This is at once a call for a subjective belief in the communist hypothesis and a rejection of dogmatic insistence on the scientific authority of the notion.

Revolution is a process of struggle for state power and is characterized by the objective conditions of the situation in which it occurs. The other half of my topic is Maobadi revolution, the struggle of the Unified Communist Party of Nepal (Maoist) as the vanguard of proletarian revolution in the semi-feudal and semi-colonial conditions in Nepal. This struggle was discussed in more detail in my previous article. At present I only want to point to the relationship of the Maobadi revolution to Badiou’s conception of communism.

The Maobadi are participating in multi-party politics, holding by popular vote a majority leadership in that coalition; but they are not in possession of actual state power inasmuch as the reactionary oppressor classes still have the support of a standing army, the former Royal Army of the now dissolved constitutional monarchy. The reactionaries also have demonstrated, if not control, at least neutralizing influence over the judiciary. The Maobadi are trying to lead a constituent assembly in the writing of a new constitution under such conditions at the moment.

My thesis is that the Maobadi are enacting a subjective fidelity to the communist hypothesis in the manner of their revolution while simultaneously avoiding the dogmatic-revisionism that mitigated the success of prior events of proletarian dictatorship over exploiter classes. The creation of a new constitution with their leadership and embodying their vision of a centralist democratic state will be contingent on neutralizing the standing army while negating the influence of reactionary parties. The seeming contradiction is the constitution envisioned by the Maobadi would indeed function in tandem with a dictatorship of the proletariat over minority exploiter classes while nonetheless being a functioning democratic centralist state. It would be a joint democratic dictatorship under the leadership of the proletariat composed of different oppressed classes, nationalities, regions, gender and communities.

What is more significant, such a state would prevent the Party itself impeding in any way the efficient withering away of the state. By design this interim state would dictatorially repress emergence of any dogmato-revisionist tendencies that have resulted prior proletariat dictatorships over oppressor classes degenerating into capitalist bureaucracies. In this way, the Maobadi would be a living example of Badiou’s communist philosophy in action. Rather than engendering a dogmatic insistence on the scientific authority of their vanguard leadership, they will practice revolution in fidelity to the communist hypothesis while fostering a true dictatorship of Nepal’s proletariat composed of different oppressed classes, nationalities, regions, gender and communities in the interim existence of a democratic centralist state. This state will whither away as any and all exploitation is destroyed in this process. Communism will then actually be existing true communism, providing objective evidence in a future anterior verification that the subjective allegiance had indeed been based in truth.

It’s not hard to understand why the means of revolution being employed by the Maobadi or the exposition of communism by Badiou have aroused controversy about whether they actually follow the line of certain Marxist, Leninist or Maoist theories of communism as understood by certain organizations and individuals. What is important to understand is the novel nature of Badiou thought and Maobadi practice in that they are not engaged in defending an objective conclusion. If truth is produced beginning with a specific event, or as is germane to this discussion, a particular revolution, it is simply upheld against reactions of denial. Being the new 21st century communism, what the Maobadi intend is bound to be disruptive because it is indifferent to specific differences that have structured prior conceptions of revolutionary practice. In bringing back the philosophical language of Badiou: the fidelity spoken of in the process of verifying a truth is in fact a fidelity to something that is inconsistent with prior practice. Would this not in some way exemplify the dialectic of theory and practice?