Nepal's ruling Maoist party has received a boost in by-elections to six seats, with the results coming in Saturday indicating it was poised to win three, including an opposition stronghold 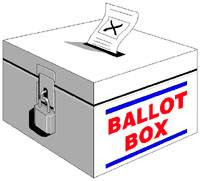 Kathmandu, April 11 (IANS) As the results of Friday’s bypolls began to come in, there were several unpleasant surprises for Nepal’s main opposition party while the ruling Maoists continued to ride the crest of success despite growing public criticism of their seven-month-old government.

Out of the six seats to which fresh elections were held, the results for three had been declared by Saturday afternoon while counting was yet to start in a remote constituency.

Nepal’s biggest opposition party, the Nepali Congress (NC), suffered an unexpected setback in Kanchanpur, being forced to concede it to its bitter rival, the Maoists.

The seat had been a stronghold of NC leader and former prime minister Sher Bahadur Deuba. It returned him to parliament in the 2008 election but was vacated after Deuba won from a second constituency as well.

The man Deuba had defeated had his revenge this time. Harish Thakulla, who was also known as Kamal Chhetri during the Maoists’ 10-year “People’s War”, comes from poor peasant stock and had lived in India’s Mumbai city for several years, supporting himself by hawking newspapers.

The NC is also lagging behind in Dhanusha district, which had voted for the party in 2008.

NC’s Ram Baran Yadav had resigned the seat after he was elected the first president of republican Nepal, replacing deposed King Gyanendra as the head of state.

Though the NC put up the president’s son, radiologist Chandra Mohan Yadav, the debutant politician was floundering in third place with new regional party Terai Madhesh Loktantrik Party and the ruling Communist Party of Nepal-Unified Marxist Leninist, a member of the Maoist-led coalition government, fighting neck and neck.

The NC however got a shot in the arm when its candidate Shekhar Koirala won from Morang district in eastern Nepal.

This time however, he clawed back with the blessings of his octogenarian uncle, who was among the first few to cast their votes. Koirala won by a slender margin of 692 votes.

In the other seat in Morang, there were no surprises. Won last year by the MJF, it voted for the same party, with the Maoists coming a close second.

Counting will start late for the seat in Rolpa, regarded as the cradle of the Maoist movement and won last year by Maoist supremo Pushpa Kamal Dahal Prachanda.

It is likely to be retained by the ruling party despite a party dissenter contesting as an independent candidate.

The Maoists were leading in the sixth seat in Kaski district, won last year by Maoist Law Minister Dev Gurung. However, counting was reportedly stopped after a dispute.
Posted by nickglais on 4/11/2009 02:56:00 AM