Ben Petersen on the By-elections: The revolution STILL going strong- and now we have the stats to prove it! 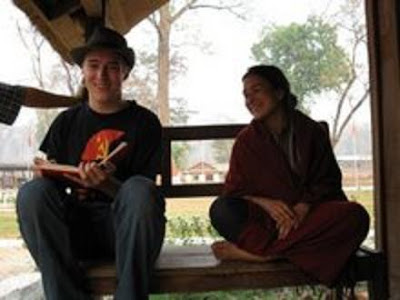 Apologies its been a while since there has been an update. For the last week or so i have been in Rolpa- to see the bi elections and to meet the people there, as this was the base area for the Maoists during the peoples war. There are many pictures and interviews to come, but for now, here is an analysis of the election outcome.

On April 10 across the country by-elections were held in 6 constituencies that had been left vacant in the last 12 months. These elections took place in a range of areas, in different parts of the country, in areas where different ethnic groups and where political parties were powerful so in effect these elections gave a good reflection in the political mood amongst the people. While only a fraction of people could vote, and the small amount of seats at stake would not affect the balance of power within the parliament, these elections were incredibly important because of the role they take in the wider political struggle in the country.

In these elections, the Maoists (again) won considerably.

Of the 6 constituencies 2 were previously held by the Maoists, which they retained, and they also picked up another seat- previously held by the Nepali Congress. The other seats went one each to the Nepali Congress, the CPN(UML) and the Madeshi Peoples Rights Forum. Despite what was widely predicted, rather then Maoist support dropping in the last year, it has increased. This is further despite the constant media attacks and the inability for their government to carry out most of their programs in a meaningful way.

This is because the Maoists are still a party that has deep connections within the communities of Nepal. Its work in local areas , and its work in the youth, women's, trade unions, peasants, low caste and poor peoples movements means that there is a link with the average Nepalis that has proven to be strong, and hasn't yet been severed, despite the constant media attacks and co-ordinated attempts by the opposition to destroy or usurp this revolutionary base.

Also the Maoists polled well in the Terai areas, and finished second in one of the Madhesh constituencies. This is even more surprising due to the departure from the Maoists of Matrika Yadav, who was their most publicised Madheshi leader. Even despite this very public split and the very publicised criticisms of the Maoists from Yadav, the Maoists have been able to increase their support in the Madheshi areas, which are so crucial in the current situation. If the balance of power tips back in favour of the Maoists in the Madhesh, then it will help to overcome a major challenge to the ongoing revolutionary process.

This election is more than just a simple vote but is in essence an important part of the wider political power struggle that is still playing out. These results are encouraging for the revolutionaries, and strengthens their hands, and gives them more strength and ability to push forward with the plans and programs of the revolution. Conversely- the political opposition, was looking to these elections, to provide them with an opportunity to discredit and overthrow the government. The Nepali Congress leads this political opposition- including elements of parties within government and the Army, with the support of the international players in the embassy. The Congress opposition was hoping that this election would result in defeat for the Maoists, which would give them an opportunity to claim that that government had lost the support of the people, and try to overthrow it. The elections have instead, removed this possibility and rather will lead to renewed attacks on the state power that their class base still holds.

As I have said that these polls should not be looked at not just as polls, but as part of the political processes that is ongoing. They are important because the revolution, and the counter revolution are both progressing, and trying to gather strength to do away with the other. It is easy to see, for the political opposition has been very active in the army recruitment, disrupting the assembly and protests in different parts of the country, but the progressive forces have not simply stood back and done nothing, they have had mobilisations, they have retiring more and more officials, and now they have won this election. All these are just parleys. There are two fundamentally opposed forces vying for control and naturally there will need to be a confrontation at some point between these two poles. The old- the army and bureaucrats desperately trying to crush the new- a inclusive and equitable Nepal. The prize is the power to enforce and create the New Nepal in their image, and while this election, this small skirmish has been won by those with a very new vision for Nepal, the decisive battles are yet to be played out.
Visit Ben Petersen site here :
http://www.maobadiwatch.blogspot.com
Posted by nickglais on 4/17/2009 10:34:00 AM