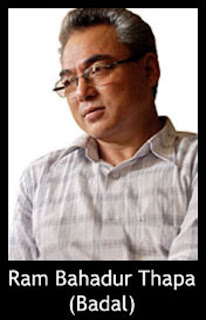 Defence Minister Ram Bahadur Thapa, who is a member of the Army Integration Special Committee (AISC), said on Friday that the integration and rehabilitation of the People's Liberation Army (PLA) will complete within the timeframe fixed by the committee.

Speaking to reporters at Biratnagar airport, Thapa said the AISC is doing homework to ensure that the integration process completes within the stipulated time (three months).

The Defence Minister's comment contradicts the views of the members of the technical committee, which works under the AISC, that completing army integration in three months would not be possible.

Meanwhile, Defence Minister Thapa, who was at the centre of controversy after he refused to extend the terms of eight Nepal Army Brigadier Generals, has defended his decision.

He said in Biratnagar that the decision to give retirement to the Generals was within the legal parameter and that he was optimistic that the "court will uphold the authority of the ministry".
Posted by nickglais on 4/03/2009 05:13:00 AM