Wales: Yr Aflonyddwch Mawr says Plaid Cymru retaining a European Member of Parliament may avoid the necessary debate about the future of Wales and European Union 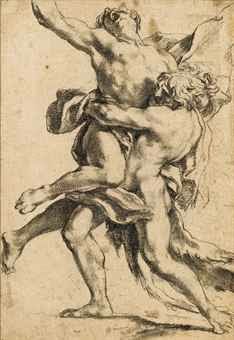 Hercules raising Antaeus off the ground to undermine his powers

We are not hopeful has retaining a seat in the European Parliament by Plaid Cymru even with a reduced percentage of the vote and lower number of votes in 2009 will probably be enough to silence the critics of membership of the European Union in Plaid Cymru.

Currently the dominant mode of thinking in Plaid Cymru is that Wales being part European Union suits Wales best and helps Welsh Independence and National and Social Liberation.

At the Aflonyddwch Mawr we have fundamentally disagreed with that idea from our inception in 2012 as we saw the European Union has essentially wedded to the Treaty of Rome and free market capitalism.

That free market idea was challenged by the social market idea in the 1970's for a limited period, but was buried by Thatcher with the accession of the Eastern European States who were committed to neo liberalism and NATO and shifted the European Union permanently to the political right.

Welsh National and Social development as we outlined in our 10 point Emergency Plan for Wales requires a Welsh national currency - not the Euro or the pound but a Welsh Banking System with a Welsh Central Bank that serves Welsh Economic development.

Public Enterprise is also another essential element in regeneration of Welsh economic life and we want key sectors like energy brought under public ownership in Wales and Energy policy to be linked to sound ecology for Welsh Land development.

All such Welsh National developments bring conflict with membership of the European Union and would not be facilitated by its membership.

A Welsh Land Act and a Welsh Land Commission remain at the heart of our regeneration not only of economic but also the cultural life of Wales has we believe the Crachach serve only their own personal interests and will not defend Welsh Land and not even ulimately defend the Welsh language, although they may speak Welsh they act English and constitute a traitor class in Wales- they are profit patriots .

Therefore Plaid Cymru just retaining a seat in European Parliament should be a wake up call. Plaid Cymru came within about 7500 votes of losing their seat.

- learning from the people is necessary for any poiltical movement if it is to correct its mistakes and grow and we hope Plaid Cymru learns from the people.

Therefore rejecting the Euro and The Pound and membership of the European Union allows for the reconstitution of a new vision for the national and social liberation of Wales that is truely democratic rather than bureaucratic and reminds us that the road we must take must be to build our own democratic institutions like a Welsh Republican Congress or a Senedd Glyndwr.

I know that may sound daunting to some but it is the only guarantee of Welsh National and Social development as the Welsh Assembly, Westminster and European Parliament are institutions created by others and not the Welsh people and will not serve Welsh interests and will absorb much Welsh energy which will ultimately prove unproductive to the national and social liberation of the Welsh people.

The source of power of any political movement is the people and if its political feet are firmly on the ground then it will gain political power - this election has reminded us like the Greek hero Antaeus that Plaid Cymru's feet were not firmly on the ground and the result it's power is being undermined with the very resistable rise of British Nationalism - if Plaid Cymru adopts an anti EEC policy and listens to the people - then British Nationalism will have less of a future in Wales.