“Letter to the Workers and Peasants of the Ukraine” By V.I. Lenin, December 1919 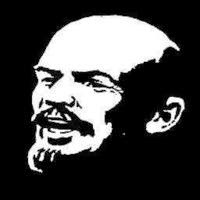 The Communists of Russia and the Ukraine must therefore by patient, persistent, stubborn and concerted effort foil the nationalist machinations of the bourgeoisie and vanquish nationalist prejudices of every kind, and set the working people of the world an example of a really solid alliance of the workers and peasants of different nations in the fight for Soviet power, for the overthrow of the yoke of the landowners and capitalists, and for a world federal Soviet republic.