India : Around six civil society activists — including academicians, student leaders and even representatives of prominent international NGOs — are on the intelligence establishment’s scanner and under constant surveillance in the capital, 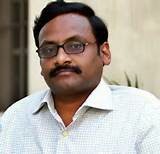 Around six civil society activists — including academicians, student leaders and even representatives of prominent international NGOs — are on the intelligence establishment’s scanner and under constant surveillance in the capital, HT has learnt.
According to senior Delhi Police officials, Delhi University English professor GN Saibaba, who was recently arrested, had been on the special cell’s radar for over a decade.
“We maintain a check on six to eight persons whom we have reason to believe have ideological links with the Naxal movement,” said an intelligence official.
“They have a sizeable presence in the national capital region and have open contact with several NGOs that are steps away from being officially proscribed by the government,” the official added.
Sources told HT that these consisted of senior professors and student leaders across DU, Jawaharlal Nehru University (JNU) and Jamia Milia Islamia where they are known to organise programmes and discussions ‘based on Leftwing politics and the Naxal movement in the country’; even religion.
On February 26, for instance, the Intelligence Bureau stepped up its surveillance on a prominent faculty member at JNU after he allegedly helped organise ‘an open dialogue’ between students and the representative of an international NGO on the Gujarat riots of 2002.
Kept alone in cell, Saibaba plans hunger strike
Meanwhile, Saibaba is planning to go on a hunger strike from Thursday. Saibaba’s brother Ramdev said that he was being kept in highly unsanitary conditions.

According to a letter written to officials at the central prison, Ramdev met Saibaba in jail on May 12 where he was informed of the condition he was being kept in.
“I came to know that he was kept in solitary confinement, not allowing anyone to help him,” the letter states.
The conditions that Sai has been confned in are deplorable. He is in solitary confinement when he clearly needs attendants, he is not being given his medication and he is being forced to live in indignity. This amounts to torture,” said Karen Gabriel, who teaches English at Delhi University.
Former chief justice of the Delhi High Court, Rajinder Sachar said that it seemed that the arrest was illegal.
Posted by nickglais on 5/15/2014 09:27:00 AM