May 9th : The Soviet people defeated fascism under the red flag.Today, in solidarity with the Ukrainian Resistance fighters we encourage wearing red ribbons - symbols of the struggle against fascism. Red ribbon - symbol of struggle and victory!

Victory Day[a 1] or 9 May marks the capitulation of Nazi Germany to the Soviet Union in the Second World War (also known as the Great Patriotic War in the Soviet Union).

It was first inaugurated in the fifteen republics of the Soviet Union, following the signing of the surrender document late in the evening on 8 May 1945 (after midnight, thus on 9 May, by Moscow Time). The Soviet government announced the victory early on 9 May after the signing ceremony in Berlin.[1] Though the official inauguration happened in 1945 (which means it has been celebrated since 1946), the holiday became a non-labour day only in 1965 and only in some of the countries. 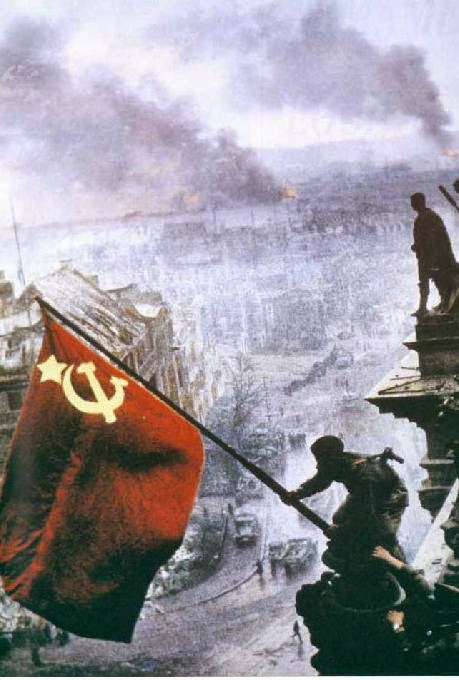