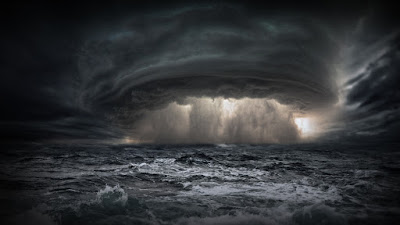 Democracy and Class Struggle says the current situation on Korean Peninsular takes us back to the Clinton and Monica Lewinsky scandal in 1994 when Clinton was covertly building up US forces in South Korea while being pre occupied with Lewinsky scandal.

The THADD deployment in South Korea contrary to stream of western lies will destabilize strategic security in North Asia..

Today the US and European Intelligence Agencies are hovering for ejecting of Donald Trump from the White House at the very moment the situation on Korea is going from bad to worse.

It was Jimmy Carter who got on a plane in 1994 and resolved what could have been full scale war on the Korean Peninsular when the White House was pre -occupied and stymied like today.

The Carter Strategy was simple :


"You haven't told me what Kim Il Sung wants," Carter told his briefers. "What he wants is my respect. And I am going to give it to him"

There needs to be a new initiative on Korea urgently - the cost of letting thing slide will be a bigger crisis than 1994 just substitute Kim Jong Un for Kim Il Sung in the Carter statement and stop psychological warfare against North Korea as well as actual warfare and progress can be made - if regime change is new Trump policy on North Korea expect a savage War in North Asia.

We should also add the suspension of South Korean President Park Geun hye is a uniquely unstable element that is different from 1994 that contributes to the volatility of the current situation in South Korea - which is why we issue this warning.

Beijing has called on North Korea to suspend its nuclear and missile activities to avoid a “head-on collision” with the US and South Korea. In exchange, Washington and Seoul should halt drills, Chinese Foreign Minister Wang Yi said.

“To defuse the looming crisis on the (Korean) peninsula, China proposes that as a first step, the DPRK [Democratic People’s Republic of Korea, or North Korea] may suspend its nuclear and missile activities in exchange for the halt of the large-scale US-ROK [Republic of Korea, or South Korea] exercises,” the Chinese official said at a press conference.

“The two sides are like two accelerating trains coming towards each other with neither side willing to give way. The question is: Are the two sides really ready for a head-on collision? Our priority now is to flash the red light and apply the brakes on both trains,” Wang added.

He noted that the “suspension for suspension” strategy could help break the deadlock between the states and help the negotiation process.

Beijing’s proposal comes at a time of escalating tensions between the US and North Korea.

On Monday, Pyongyang fired four missiles across the sea toward Japan, and three of the rockets landed within Japan’s territorial waters. A fifth rocket apparently failed to launch, CNN reported.

Earlier in March, Seoul and Washington started annual joint war games, which Pyongyang views as a provocation. The US has also begun rolling out the THAAD system in South Korea, despite opposition from Russia and China.

On Tuesday, Ju Yong Choi, a North Korean diplomat, told the UN-sponsored Conference on Disarmament in Geneva that the military war games were “a major cause of escalation of tension that might turn into actual war.”

Japan said back in November that they were considering deploying THAADs. If Tokyo chooses to do so, it will receive a three-stage interceptor system to secure its borders, able to intercept missiles inside or outside the Earth’s atmosphere.