GCHQ Wire Tapping Trump Claims :Mr Spicer and General McMaster, the US National Security Adviser, have apologised over the claims. "The apology came direct from them," a source said. 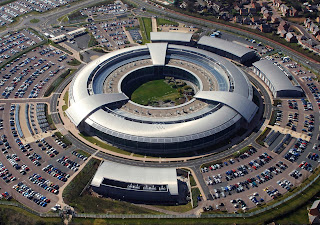 Sean Spicer, Mr Trump's press secretary, repeated a claim on Thursday evening – initially made by an analyst on Fox News - that GCHQ was used by Mr Obama to spy on Trump Tower in the lead-up to last November's election.

The comments prompted a furious response from GCHQ, which in a break from normal practice issued a public statement:

"Recent allegations made by media commentator Judge Andrew Napolitano about GCHQ being asked to conduct 'wiretapping' against the then president-elect are nonsense. They are utterly ridiculous and should be ignored."

Intelligence sources told The Telegraph that both Mr Spicer and General McMaster, the US National Security Adviser, have apologised over the claims. "The apology came direct from them," a source said.

Mr Spicer had earlier repeated claims that Barack Obama used GCHQ to spy on Mr Trump before he became president.

"He’s able to get it and there’s no American fingerprints on it," Mr Spicer said of the intelligence supposedly provided to Mr Obama by Britain.

"Trump is compromising the vital UK-US security relationship to try to cover his own embarrassment," he said. "This harms our and US security."

Susan Rice, National Security Adviser for former president Barack Obama, tweeted: "The cost of falsely blaming our closest ally for something this consequential cannot be overstated."

The president is under increasing pressure to justify his claims, which his opponents charge calls the whole integrity of his administration into question.

In an attempt to provide credibility to the claims, Mr Spicer quoted from a series of articles which discussed surveillance.

He referenced comments made earlier this week on Fox News TV by former judge Andrew Napolitano in relation to Mr Trump's controversial claim that wiretaps had been installed at his New York residence:

He used GCHQ. What is that? It's the initials for the British intelligence finding agency. So, simply by having two people saying to them president needs transcripts of conversations involving candidate Trump's conversations, involving president-elect Trump, he's able to get it and there's no American fingerprints on this. Putting the published accounts and common-sense together, this leads to a lot.

British officials were quick to rubbish Mr Napolitano's claims earlier this week. A government source reportedly said the claim was "totally untrue and quite frankly absurd".

The British official told Reuters that under British law, GCHQ "can only gather intelligence for national security purposes" and noted that the US election "clearly doesn't meet that criteria".

Mr Spicer’s press conference on Thursday was held shortly after the senate intelligence committee published a statement saying they had no evidence for Mr Trump's claim, made on March 4, that Mr Obama ordered wiretaps on Trump Tower.