Marine forces from Japan and the United States are conducting joint military exercises in the East China Sea amid an escalation of tensions in the region. 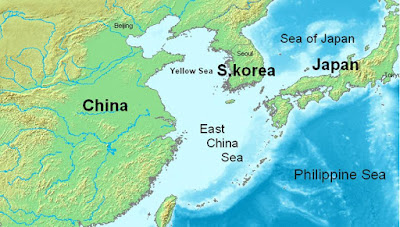 Marine forces from Japan and the United States are conducting joint military exercises in the East China Sea amid an escalation of tensions in the region.

The maneuvers involve Japanese destroyers and a US Navy carrier strike group.

Sankei said the joint military drills were aimed at sending a warning to North Korea, which has been conducting ballistic missile tests in the region. The local media outlet added that the exercises were also meant to display the joint Japan-US military presence in the East China Sea, where Japan and China are locked in a long-running territorial dispute.

The US, an extra-regional country, has always taken sides will China’s rival claimants in regional territorial disputes. Last month, US President Donald Trump gave assurances to Japan that Washington was steadfast in its commitment to Tokyo against China and North Korea.

“We’re committed to the security of Japan… The bond between our two nations and the friendship between our two peoples runs very, very deep. This administration is committed to bringing those ties even closer,” Trump said in a joint press conference with Japanese Prime Minister Shinzo Abe in Washington on February 10.

Trump told Abe that his administration, like past US administrations, would take Japan’s side in its territorial dispute with China over the disputed Diaoyus islands (known as Senkaku Islands in Japan).

China says the islands have been part of its territory since ancient times. Beijing has also called on the US “to take a responsible attitude, stop making wrong remarks... and avoid making the issue more complicated and bringing instability to the regional situation.”

China is also involved in a dispute with the Philippines, Malaysia, Brunei, and Vietnam over territory in the South China Sea.