“I’m confident that any serious investigation of #TrumpRussia will find enough intel to end Trump’s admin and send people to jail.”says John Schindler 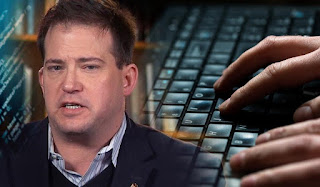 Democracy and Class Struggle say the US plus GCHQ and MI6 Information on Trump plus other European Intelligence services cover not just activities in US but also Russia and according to John Schindler this SIGINT will sink the Trump ship and send people to jail.

Another sign to watch is that Christopher Steele the former M16 Russia operations head and the man who prepared the "Dirty" Dossier on Trump is back at work and no longer in hiding.

The former agent said that intelligence has been gathered from the NSA and its partners from intercepted electronic and communication signals.

Mr Schindler said that taken one by one these conversations were “not all that persuasive” but that collectively “they demonstrate collusion”.

In another tweet, he said: “One intercepted convo between two senior Kremlin guys talking about collusion w/Trump isn’t a big deal; a bunch of them = a very big deal.”

Later, he added: “I’m confident that any serious investigation of #TrumpRussia will find enough intel to end Trump’s admin and send people to jail.”