MI6 and GCHQ in plausible deniability concerning eavesdropping on Trump 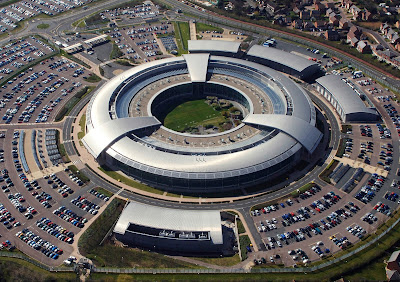 A UK spy agency did not eavesdrop on Donald Trump during and after last year's US presidential election, a British security official has said, denying an allegation by a US television analyst.

The official, who is familiar with British government policy and security operations, told Reuters that the charge made on Tuesday by Fox News analyst Andrew Napolitano, was “totally untrue and quite frankly absurd.”

Trump, who became president in January, tweeted earlier this month that his Democratic predecessor, Barack Obama, wiretapped him during the late stages of the 2016 campaign. The Republican president offered no evidence for the allegation, which an Obama spokesman said was “simply false.”

On the Fox & Friends programme, Napolitano, a political commentator and former New Jersey judge, said that rather than ordering US agencies to spy on Trump, Obama obtained transcripts of Trump's conversations from Britain's Government Communications Headquarters (GCHQ), the equivalent of the US National Security Agency (NSA), which monitors overseas electronic communications.

GCHQ has a close relationship with the NSA, as well as with the eavesdropping agencies of Australia, Canada and New Zealand in a consortium called “Five Eyes.”The British official said that under British law, GCHQ “can only gather intelligence for national security purposes” and noted that the US election “clearly doesn't meet that criteria.”

The official added that GCHQ “can only carry out intelligence operations where it is legal in both the US and UK to do so.”