Representation Against Democracy: Jacques Rancière on the French Presidential Elections 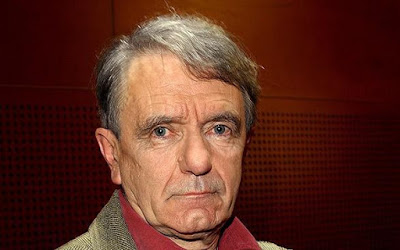 For the philosopher Jacques Rancière, France’s strange presidential election campaign is no surprise. He thinks that a French system that entrusts all power to professional politicians mechanically churns out candidates who claim to represent a "clean break." Éric Aeschimann spoke to Rancière for the 9–15 March 2017 edition of L’Obs. Translated by David Broder.

From François Hollande’s decision not to stand, to François Fillon’s legal woes, the current presidential campaign has been a succession of dramatic twists. And you, Jacques Rancière, are a unique observer of this spectacle. For years you have denounced the impasses of representative democracy, which you see as incapable of producing a genuine democracy.

How would you analyse what is happening?

"Representative democracy" is a more than ambiguous term. It conveys the false idea of an already-constituted people that expresses itself by choosing its representatives. Yet the people is not a given that pre-exists the political process: rather, it is the result of this process. This or that political system creates this or that people, rather than the other way around.

Besides, the representative system is founded on the idea that there is a class in society that represents the general interests of society. In the minds of the American founding fathers, that was the class of enlightened landowners. This system creates a people that identifies its legitimate representatives as coming from within this class, periodically reconfirming as much at the ballot box.

The representative system gradually became an affair for professionals, who then reproduced themselves. But in so doing this system generated its own reverse, the mythical idea of a people not represented by these professionals and aspiring to provide itself with representatives who really do incarnate it. This is the piece of theatre — of constantly declining quality — that each election now reproduces.

Yours is a very dark view. Is this system intrinsically biased?

In its very principle it is oligarchic, and not democratic. And in France this oligarchy lost its legitimacy when it became clear that the enlightened property owners represented only the interests of property. That was exposed with the "republican" assemblies of 1848 and 1871, packed out with royalists raging against the workers and revolutionaries.

The oligarchy little by little became a class of politicians that represents nothing but the system itself. The Fifth Republic’s majoritarian and presidential system has accelerated this process. We now have two alternating groups, each one in turn governing and holding all the power. This strengthens professionalisation. In parallel to this, the figure of president is supposed to incarnate the people that this professionalisation betrays.

But then why does everyone claim to be "against the system"?

As it reproduces itself, the system mechanically produces an internal divide, a diabolic double. The majority party in fact represents only one-fifth of the electorate, thus creating the self-evident fact that the true, majoritarian people is not being represented. Yet when the other parties take their own turns in power, they increasingly come to resemble one another.

Hence the recurrent theme of the spat-upon and betrayed people. As an institution that claims directly to represent the people, the presidency increases the system’s own internal tension. It produces spaces for candidates to declare "I am the candidate of the un-represented people"! There is the niche for the "faithful" who denounce the left-wing party’s betrayals, it now having come to resemble the Right.

There is the niche for Le Pen, that of the suffering substantial people. There is the niche for Macron: the living forces of the nation opposed to the polarisation among the parties. And there are also overlaps, like in the case of Mélenchon, playing both the "faithful" Left and the suffering people. In a certain era, workers’ parties represented organised collective forces that came to pressure the system from the outside. Today the "real people" is a figure forged by the system itself. We get to a point where we no longer know who will take the different roles: nowadays, a billionaire can represent the people spat upon by the billionaires.

We hear it said on both Left and Right that politics has to be incarnated in leaders who provide a face for the collective will.

Incarnation is not a political notion. It is a religious concept, which ought to be left to religion. Its persistence in politics today is linked to this idea of a real, deeper people. That is what the far Right preys upon. "Left-populism" claims that it can tear this people away from the far Right by proposing an alternative model: that of a leader who incarnates the people and constitutes it as such, in the style of Hugo Chávez. But incarnation is a principle that is strictly opposed to democracy.

But all the same, weren’t there great politicians like Jaurès, De Gaulle and Roosevelt?

Exceptional figures arrive when the normal rules of the game are broken and it is necessary to invent something else. At that moment, there are individuals who prove able to rise to the circumstances — which are themselves exceptional — by going beyond what was expected of them. De Gaulle took an unprecedented decision in 1940 by exceeding his role as a brigadier general. But as chief of the RPF [postwar centre-right party] he was a manipulator politician like any other. It is to De Gaulle that we owe the Constitution of the Fifth Republic, which has strongly contributed to the deterioration of all public life. It makes me smile that the Left so reveres him today.

How would you organise collective life without representatives? By drawing lots — a measure you supported in your 2005 book Hatred of Democracy?

We should distinguish between delegation and representation. In a democracy, logically enough some people will carry out certain activities on other people’s behalf. But the delegate plays her role only once, which is not true of representatives. Drawing lots was once the normal democratic way of designating delegates, based on the principle that everyone was equally capable. I proposed bringing it back in order to reverse the drive toward professionalisation. But that is no simple recipe, any more than non-renewable mandates are.

These tools are only of interest if they are in the hands of a vast popular movement. Democracy does not exist without these pressures emerging from outside the system, pressures that shake up the institutions of the state — like the "squares movements" did recently. Democracy presupposes that institutions autonomous of state structures and state agendas are able to make these egalitarian moments last.

The presidential campaign will at least have allowed the emergence of a novel theme like universal income. Whatever we substantially think about it, is this not itself good news?

This is progress as compared to Sarkozy, who wanted to put France back to work while getting rid of jobs. But the universal income depends on a questionable analysis, which declares the disappearance of manual labour and the generalised robotisation of industry. Grafted onto that is the idea of the class of immaterial labourers, which is meant to give this demand its revolutionary character.

Yet manual labour has not disappeared — it has been exported to places where it costs less and where workers are more subjugated. Universal income has thus become a sort of extension of the RMI and RSA [benefits for the unemployed and low-waged in France, but set at only a few hundred euros a month and with multiple conditions], designed to make up for the deindustrialisation taking place in our countries.

But that is not the emancipatory measure that some would claim. And its universalism is very limited. Imagine if such an income were guaranteed to the children in the Congolese mines extracting the materials necessary for immaterial labour, or the workers in the factories of Bangladesh! That would change the picture.

You vote only in exceptional cases. If Marine Le Pen were at 48% in the polls on the eve of the second round, mightn’t you slip your vote into the ballot box in order to defeat her — even if that meant voting for Macron or Fillon?

That is the kind of dilemma you can deal with in five minutes if the moment comes. Obviously if Le Pen wins, that won’t be nice. But we have to draw the proper conclusions from this. The solution is to fight against the system that produces the likes of Marine Le Pen, not to believe that you will save democracy by voting for the first-placed corrupt politician.

I still remember the slogan from 2002, "Vote for the crook, not the fascist" [in the second round pitting Jacques Chirac against Jean-Marie Le Pen].