France: The Anti semitic base of the Front National cannot remain quiet 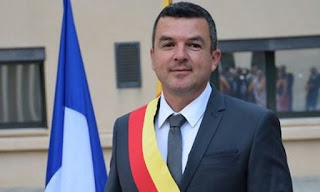 A regional official of France’s far-right National Front (FN) party has been suspended after he denied the extent of the Holocaust.

The FN's head in southeast France said on Wednesday that the party had decided to suspend Benoit Loeuillet, the party's top official in the southeastern city of Nice, pending further investigation. The official said Loeuillet could face disciplinary proceedings and even expulsion from the party.

The decision came after Loeuillet, in a documentary for French television, denied that millions of Jews were killed during World War II.

“I don't think there were that many deaths. There weren't six million ... There weren't mass murders as it's been said,” Loeuillet reportedly said in the documentary, which is to be aired later Wednesday.

The far-right politician later said that he was not against the reality of the Holocaust and accused those preparing the film of “cleverly” editing his remarks.

"I understand the emotion (the comments) can cause as they are presented, cleverly edited. But I am the opposite of the portrait of me that this documentary seeks to paint," Loeuillet said, adding that he would sue the film’s director.

Marine Le Pen, the FN's leader, seeks to win the first round of French presidential election in late April. She has struggled over the past years to revise the public perception about the far right and its stance on Semitism.

Le Pen’s father, a co-founder of the party, was a fierce anti-Semitist and had faced convictions over his description of Holocaust as a "detail of history".

The FN strongly counts on its base of support in France’s southeast, where Loeuillet comes from.

Polls suggest Le Pen has a relatively high chance of making it to the second round of presidential elections in early May, although they say she would lose that round to either a conservative or an independent centrist