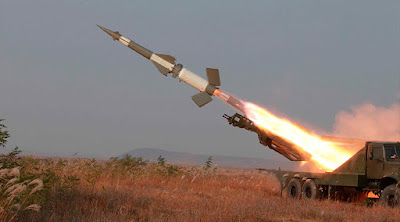 North Korea has fired an “unidentified projectile” into the Sea of Japan, Seoul’s Joint Chiefs of Staff said. The suspected ballistic missile, fired off the country’s east coast, reportedly flew over the Korean territory and fell into the sea.

The unidentified projectile object flew across the country before splashing into the East Sea.
and.”

China nor Russia has any interest in restraining North Korea because of the imminent deployment of THADD to South Korea and the destabilizing of the strategic balance in North Asia.

US and South Korean and Japanese policies have consolidated Chinese and Russian support for North Korea and under Trump it will consolidate them even further especially if regime change is attempted as seem possible.