Report from Kharkov :The case of Alexander Livshits : The case of Ultra-nationalism, right-wing fascist patrols and return of politics of force 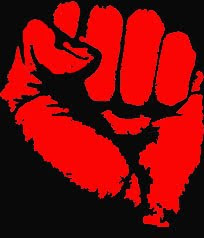 As the times of truth are dissolving and blending into the chaotic future, governments in Europe seem to turn against their people, to launch which-hunting against dissidents and anyone they think could be potentially disloyal people. The key her is with the word of potency and the result is a form of preventive offensive action.

What comes out of that starts to easily look like a form of nationalism, if not even fascism, but at least strong patriotism, and in many circles that kind of development is considered to not to be politically appropriate. Still, many governing circles actually want to promote such, so they fall back following the example of the big boys, fall back using and supporting proxy forces. Civil battalions, with unaccountable links to the command and control centres, these groups like Azov battalion Kharkov, Ukraine, patrol street and cause terror among the population.

Oftentimes these civil corps act under the silent patronage and acceptance of the governing parties, as corrupting and wrong as the situation is. However, they play the same game, and with unaccountable link in between the paramilitant civil wings are perhaps seen beneficial for the upholding, enforcing, strengthening of the nationalist attitude. Some northern countries used to call that social coherence or willingness to defence the country. However they put the words, the end result stays largely same, that the European nationalism, in its bad, violent and fascist forms is breeding up. Particularly that is seen at the moment in Ukraine and along whole of the eastern border of Europe, where NATO has deployed heavy military presence as well. And at the same time the politics of force, assassinations and even approximate drone operations are getting dangerous foothold as the language on the international level.

Fascist symbols painted on their cars, with flags and uniforms, groups like Azov civilian forces in Ukraine, take the dirty work of the ruler to impose chaos and fear among the population. Just recently, around the same times of the sudden loss of life of five or how many Russian diplomats, North Korean key person at the Malaysian airport and many others, also in Kharkov, Ukraine a fellow man named “ Alexander Livshits” was reportedly beaten on the street and later lost his life.

Similar approximate or targeted beatings have been seen occurring elsewhere in numbers as well. Some of them more accurate than others. Mr. Alexander Livshits was however, reportedly meeting his fate and aggressive treatment because of his ethnicity. This is the thing Europe does not want to hear or see happening. Maybe for that reason, the story of this man was quickly labeled as fake news. Woruber mann nicht sprechen kann, daruber muss man schweigen! Even a Facebook page of a friend of this man was quickly taken offline.

Sources from the Borothan Union underground reported from Kharkov, that Mr Alexander was strictly against nazism and right-wing populism, and came there from Odessa and indeed had had some argument or dealings with right wing nazi groups, probably just something like Azov before the incident.

He was a Jew and a communist, a combination that most likely led to the fatal correctional treatment attempt by the ultranationalist fascist civilian forces. Later on Mr Alexander reportedly beaten up to hospital and later lost his life because of the trauma.

Just like the Facebook page vanished, the Kharkov media reportedly did not give much attention to the incident, however serious and alarming that is. The Jewish community in Kharkov has reportedly been complaining about that to the authorities and vigorous messages have been exchanged due to the fact that the whole incident was just tagged as fake news in may occasions.

Even the local rabbi, Moskovits himself has been reported to intervene and the community has been requesting proper investigation of the case, and to protest against the will of Ukrainian authorities to cremate the body (against Jewish Law and tradition).

This tragic case of Mr Alexander highlights the increasing nationalism and even fascism in Europe. With symbols, torchlight marches, ideals of national socialism many of these forces get their support deep from the authorities and bureaucracy.

This all happened middle February 2017 in pure daylight when those very same nazis beaten old man, Jew and communist, all the way to condition requiring hospitalization and then taking his life.

Rest in peace, Mr Alex and all the rest of the victims of paramilitary forces, intelligence community and governments went bad.

Thanks to comrades of the Molotov Club for this Report