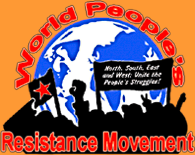 Speaking to Red Star Nepal  friday, One of its member has denounced it as capitulation of PLA and deception to the people.

She said that capitulation has begun when 12 points agreement drafted in New Delhi in 2006.

“PLA has been nearly 6 years in prison known as cantonment, it is shame for the people and the revolution.” She added, ” I believe, revolution is triumph or death, no middle ways, no surrender and no selling principles. I have always support Kiran.”

“Maoist supremo Prachanda and Prime Minister Dr. Baburam Bhattarai has verged towards to the revisionist camp.” She added, ” Solidarity to the People and Nepalese Nationalism is must in this critical situation.”
Posted by nickglais on 11/04/2011 10:00:00 AM