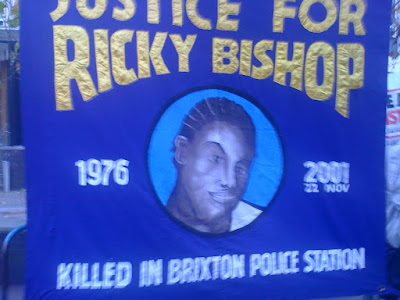 The murder of Christopher Alder, Joy Gardener, Derek Bennet, Ricky Bishop, Azelle Rodney, Paul Coker, Sean Rigg, Kingsley Burrell, Mark Duggan and Demetre Fraser to name a few, are not just the random acts of a few bad apples in the British police forces, but represent the total lack of regard for black life by the UK government, whether it be in the form of a coalition, a Labour, a Lib-Dem or a Conservative rule. 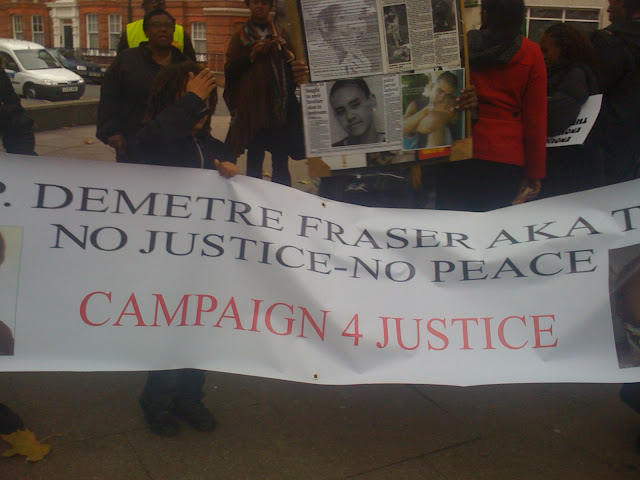 Over 200 people gathered outside Brixton Police Station this afternoon to protest against deaths in Police custody and care. They were joined by leading campaigner for social justice and race equality Lee Jasper

Smiley Culture, Kingsley Burrel, Demetre Fraser, Mark Duggan and Jake Michaels, Sean Rigg, Cynthia Jarrett and so many others. All dead after interaction with the Police.