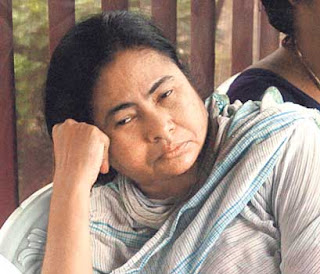 
Telugu Poet P Varavara Rao on Saturday said  slain leader Kishenji was killed in a 'staged encounter' and held West Bengal chief minister Mamata Banerjee responsible for the death.
"I have seen him (Kishenji) several times since 1991. During the last 43 years I have seen a lot of dead bodies but none like this.


They cut him, burnt him, then pumped bullets into him.
"There isn't a single part of his body without an injury.


They kept him in custody for 24 hours and tortured him," said Rao, who along with Kishenji's niece Deepa Rao has come here to identify and take back the rebel leader's body back to his native place in Andhra Pradesh.
Rao held Banerjee responsible for killing Kishenji.
"Mamata (Banerjee) has killed Kishenji who had asked her for peace," Rao told reporters.
Posted by nickglais on 11/27/2011 09:48:00 AM