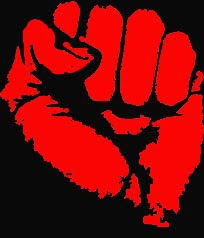 According to the experience of RIM's struggle in the past three decades, until RIM's activities was based on Marxism-Leninism-Maoism, it reached important theoretical and practical contributions, that are to be cherished and are worthy of protection, and that should also be further developed. However, the premature proclamations produced by the labels of "thought," "path" and "synthesis" not only lead certain parties away from the path of peoples war, revolution, and revolutionary struggles at different degrees, but also towards confusion and ideological and political disorientation; this has resulted in the current organizational fragmentation and paralysis of the entire Revolutionary Internationalist Movement. Without a clear stance against, and distancing from, this overt deviation, whose worst form is nothing but an apparent post-Marxism-Leninism-Maoism––and without conducting a serious struggle against it––we cannot lead the struggle for the formation of an international organization of Marxist-Leninist-Maoist parties and organizations towards a principled success and conclusion.

According to RIM's previous experiences, the existence of a permanent leadership committee was a positive point that provided continuity to the organizational existence and activities of RIM. This positive point not only deserves to be protected, but also strengthened and further expanded. however, From the very beginning of the formation of the Committee of RIM (CoRIM), and despite the stance of the Declaration of RIM against the centralizing tendency of Comintern, participants were formally divided into first class and second class members––that is, those who had the privilege of a permanent presence in CoRIM and those who were disenfranchised. Therefore, this committee never became a committee representing all members of RIM.

Even worse, in actual fact CoRIM, during the many years of its activities, was unconditionally under the hegemony of one particular party––even during the period when the collective decisions of RIM were in contradiction with the positions of that party. In such a situation the committee under the hegemony of that party, instead of implementing the collective decisions of RIM, directly or indirectly led to a direction that propagated the views and recently the " new synthesis " of that party at the level of whole movement. In particular, it was the unsolvable contradiction that finally led towards the decimation of the CoRIM. It should also be acknowledged, unfortunately, that the organizational principles and of rules RIM––with an unprincipled and incorrect stance based on separation of organizational principles and rules from ideological and political line––led RIM to the disregard and discount for the organizational principles and rules. In fact it was this organizational problem that paved the ground for the aforementioned party's unconditional hegemony within leading committee of RIM.

According to the past experience of RIM, despite the fact that the strategic orientation of the struggle for the formation of a new international was theoretically accepted, in practical terms it was not given enough attention. In recent years, with the dominance of the post-Marxism-Leninism-Maoism in CoRIM, this goal has been forgotten as a whole.