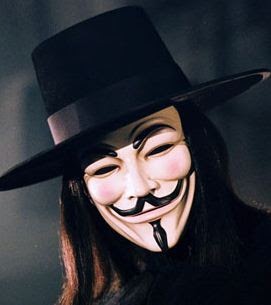 As we write this, several hundred protesters are being kettled by police in the vicinity of Parliament Square. We have received reports of arrests, which observers from GBC Legal are investigating.

This afternoon, OccupyLSX convened a rally outside St Paul’s Cathedral. Those speaking included Caroline Lucas MP, Bruce Kent and Josie Long. Once the speakers had concluded, a call was made for those attending to march to Trafalgar Square, the end point of the 2011 Jarrow March, to show solidarity with those there. In the event, this turned out not to be possible.

Our march was escorted by police, who led those assembled not in the direction of Trafalgar Square, but towards Whitehall. Given that police were onsite at St Paul’s on Saturday morning to warn us that any attempt to march in the direction of Whitehall (which was not our intention in any case) would be blocked, this is rather puzzling.

We understand that police are containing protesters under the terms of the Serious Organised Crime and Police Act 2005 (SOCPA). Section 132 of the Act states that any demonstrations in the vicinity of Parliament require authorisation, which must be applied for a minimum of seven days before the planned action.

OccupyLSX have learned tonight that authorisation for a demonstration in Parliament Square was applied for and granted well before that 7-day time limit. We understand that veteran activist Chris Coverdale is in possession of two separate authorisations for protest, in the names of Democracy Village and Make Wars History. These two documents – and only one would be required – explicitly state that permission for a demonstration of “no more than 15,000 people” has been granted by police, under the terms of the Act. What is happening in Parliament Square is not, therefore, an “unlawful protest” under the terms of SOCPA.

This afternoon, Chris Coverdale attempted to join the demonstration at Whitehall, with his authorisations (which he has in writing) in hand. He was prevented from joining the others assembled, even though police had the opportunity to see both of his authorisation documents at first hand. Occupy London understand that Mr Coverdale will be applying for a judicial review of police action on Monday.

In the meantime, we advise anyone arrested today to ensure that police are made aware that they are taking part in an authorised demonstration under SOCPA rules.

Should you witness an arrest or want support, the GBC Legal hotline is 07946 541 511. In the event of arrest, we recommend you do not rely on the duty solicitor but call one of the following: