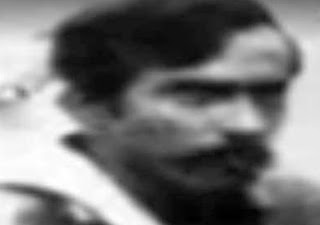 Kishanji's mother Madhuramma has been crying uncontrollably ever since she heard the news of the death of her son in an alleged encounter in West Bengal yesterday. The other family members including his younger brother Anjaneyalu, a cooperative bank employee, were the picture of mourning.


While many locals including some of Kishanji's childhood friends openly praised him as a ‘beacon of hope for the poor' and ‘a revolutionary who fought against injustice', Anjaneyalu demanded that his body be handed over to the family so they could perform the last rites in Peddapally.

An inspiration
A large number of people gathered at the residence of Kishenji's brother to express their condolences.


"They have killed him physically but his life will remain an inspiration for the people as long as there is injustice in the society,"


However Vara Vara Rao was taken into custody by the West Bengal Police as soon as he landed in Kolkatta. Before leaving Hyderabad he condemned Kishernji's killing as a ‘fake encounter' and demanded a judicial inquiry in to the incident.


"We will approach High Court for a fresh post-mortem in Kolkatta and bring the body to his home town Peddapally, Karimnagar district for last rites," said Vara Vara Rao.


At present the body is being kept in the Midnapore hospital mortuary.


"It will take some time to complete the formalities and get the body handed over to the family members", said another activist involved in the efforts.


"This is nothing but a fake encounter, an inhuman act. He was taken into custody by the police during the search operation a day earlier," said Vara Vara Rao.
Posted by nickglais on 11/26/2011 05:42:00 AM