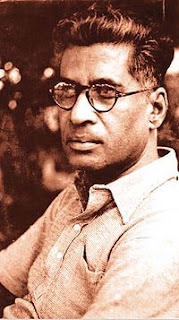 Democracy and Class Struggle is pleased to publish these timely thoughts of Comrade Kumar Sarkar on the Problems of the Democratic Revolution under Imperialism. We invite readers to comment on the views expressed.

1. To re-examine the proceedings and discussions at the different congresses of the Communist International (CI) on the issue of the role of the colonial bourgeoisie in national liberation struggles in colonial countries.

2. Lenin-Roy controversy at the Second Congress in 1920, in which M N Roy emphasized the comprador nature of the colonial bourgeoisie.

3. The differentiation of the colonial bourgeoisie into a ‘nationalist’ and a ‘comprador’ section at the subsequent congresses.

4. Mao’s development of the concept of New Democracy as a prelude to the socialist revolution, in the specific conditions of China.

5. Subsequent copying by Maoists of the concept of New Democracy, mechanically, without examining any significant presence of the nationalist bourgeoisie in a specific country.

6. To examine whether a nationalist development of any significant section of the colonial bourgeoisie is possible under imperialism.

7. To remember that the original bourgeois democratic revolution took place in Europe as an independent development of capitalism, fighting against feudalism. An independent development of capitalism in the era of imperialism is not possible. The dominant section of the colonial bourgeoisie, i.e. the big bourgeoisie, inevitably compromises with feudalism and imperialism.

8. New Democracy is not a substitute for bourgeois democracy; it is a prelude to socialist revolution and it must immediately lead to the latter.

9. A section of bourgeois or petit bourgeois elements are attracted to the communist party by its slogan of ‘democratic revolution’. Whatever their subjective thinking may be, objectively they bring with them bourgeois ideology into the communist movement. They are champions of the so-called ‘theory of productive forces’. They use socialist apparatus to develop capitalism. They can never be allowed into the leadership.

When Mao said that ‘bourgeoisie is right inside the party’, he was not saying that it was FATALLY inevitable. Hence, it is necessary to examine this problem in a scientific manner to identify its origins and development IN ORDER TO SAFEGUARD THE PARTY AGAINST SUCH MENACE.

Bourgeois infiltration into a communist party is not the main issue. Degeneration of ‘red’ leaders to their opposites is only part of the problem. Encircled by feudal or capitalist environments, such degenerations are not totally unexpected.

The issue is the presence of a coherent bourgeoisie inside the party. In a feudal or semi-feudal society, elements of constitutional democracy have been present in communist parties historically. It has been said that ‘Baburam Bhattarai has always been a reformist’ – why did he join the communist party and how did he come to the top leadership?

The answer to the first part of the above question lies in the mechanical application of the concept of New Democracy in Nepal despite all humbugs of creativity. And the answer to the second part lies in the absence of an ideological awareness and structural mechanism in the communist party to safeguard the party against bourgeois leadership.

Hisila Yami in her article, “Women’s Role in the Nepalese Movement: Making a People’s Constitution” in the Monthly Review, in March 2010, writes in the concluding section: “Today class war is being waged in different forms. In short there is a big struggle between those forces wedded to the old feudal and comprador mode of production and those who are struggling for new nationalist capitalist mode of production as a stage on the road to communism.” Menshevism keeps repeating itself, this time as a farce! When the entire global capitalism is going through its worst crisis, Comrade Yami is dreaming of “new nationalist capitalist mode of production” in Nepal!!

The dangerous substitution of New Democracy for the classical bourgeois democracy leads to capitalism, not to socialism. Hisila Yami and Baburam Bhattarai joined the communist party in response to the slogan of New Democracy, separated by a Chinese wall from socialism. And while declaring their war against “comprador mode of production”, Baburam signs the Bilateral Investment Promotion and Protection Agreement (BIPAA) with Indian comprador capital! Baburam Bhattarai’s and Hisila Yami’s demonstrate all the contradictions of a semi-feudal society in the imperialist era – they are not even national capitalists, demonstrating once again that such development is not possible under today's globalised imperialism.
Posted by nickglais on 11/09/2011 02:01:00 PM

One afterthought: for thorough investigations into the problems raised in my notes, it will be necessary to re-examine the role played by the Bandung Conference countries of 1955, industrial developments of Egypt and Syria and some Latin American countries.