UNITED STUDENTS’ STRUGGLE HAS FORCED THE AUTHORITARIAN JNU ADMINISTRATION TO REVOKE THE BAN ON JNU FORUM! . 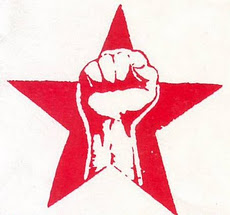 STUDENTS UNITED SHALL ALWAYS BE VICTORIOUS!

8 November 2011. After a prolonged uncompromising struggle by the student community for the last six months with JNU Forum's initiative, the administration today on 8 November was forced to revoke its authoritarian 'restraint' order on the JNU Forum against War on People. All the prohibitions on the JNU Forum, including the holding of public meetings, printing and distribution of pamphlets, posters etc. have also been removed. The administration could not provide any valid reason for the imposition of the restrain - which is tantamount to banning a political organization - and was forced to admit of its mistake in taking this undemocratic and unprecedented repressive action. The five day long indefinite hunger strike and the massive mobilization of students around it has once again proved that it is the victory of the entire progressive section of the student community who with a sustained struggle have upheld the democratic culture of JNU, our freedom of expression and right to dissent.

The collective struggle of the students already made the authoritarian JNU administration concede to two of the five demands of the present phase of the struggle - to withdraw the politically motivated proctorial action against AIBSF and to tender a public apology by the Chief Proctor for his condemnable casteist remarks on AIBSF. Thereafter, five days of indefinite hunger strike, the relay hunger strike and a massive united protest demonstration today forced the administration to talk to a teacher's delegation followed by an all-organisation delegation. Unable to justify its actions, the administration had to accept all the demands of the JNU Forum once the names of the Forum members with signatures were submitted. With this, the two draconian Circulars from the Proctor's Office dated 19 May 2011 stands scrapped. The 'Statement of Agreement' signed between the administration and the protesting students reads:

In a meeting with the students sitting on indefinite hunger strike and their representatives it was agreed that as the JNU Forum against War on People is a forum of bonafide students of JNU, whose names have been submitted by the Forum with the JNU administration, the restraint order on the Forum is being withdrawn with immediate effect. The students on hunger strike therefore have also agreed to end their agitation and break their fast with immediate effect

Apart from acceding to the primary demand of revoking the ban on JNU Forum, the administration has also been forced to backtrack from the witch-hunt of individual students in the name of the farcical Proctorial Enquiry on the Forum. The administration has also principally agreed that the unjust fine imposed on two Forum members on the basis of the ban for 'facilitating' a public meeting will be withdrawn. The successful culmination of this phase of the struggle signifies a crucial victory for the student movement of JNU and our collective commitment to fight for the campus's democratic space, our freedom of expression, right to dissent and right to organize/unionise. In this united struggle initiated by JNU Forum, a large number of students and students' organizations including AIBSF, AISA, AISF, DSU, KNS, PSU, SFR, UDSF participated.

This sends a strong message to the authoritarian JNU administration and its political masters that the voices of the students of this campus and our opposition to the Indian state's war on people in the name of Operation Green Hunt cannot be gagged by administrative crackdown. This struggle also coveys a strong solidarity with the peoples' movements fighting against Green Hunt and all forms of state repression. At a time when Green Hunt is being intensified all over the country by the Indian state using all its coercive force including the Army and Air Force, this successful struggle inspires us to expose and resist policies of state repression with greater intensity. We firmly believe that people's struggles will be able to defeat the Indian state in its aims to crush the voices of dissent and violently suppress people's rights. JNU Forum against War on People once again reiterates its firm resolve to continue our struggle against Indian state's anti-people campaign of Operation Green Hunt in the coming days.