Wranglingism Is Fine, But ....thoughts from the Communist Party of India Marxist Leninist Naxalbari 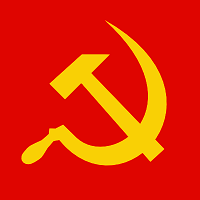 Mao Tsetung said that “Marxism is wranglingism.” It is often quoted by Maoists. But just how good are they in  wrangling? Do they energetically jump into ‘the ring’ when issues come up? Do they stir up wrangles when they think that vital questions are at stake? Or do they remain passive on this front?

The question should be considered from another angle also. How much of this ideological struggle is opened up? In the current practice within the broad Maoist movement, as well as the Revolutionary Internationalist Movement (RIM), opening up of differences, going public, is reserved for the very end, when the differences have arrived at the level of a denunciation or split. Extreme examples where ideological differences at the leadership level or between parties are known to only a few ot the top most level for a long period can also be seen, though this is the exception. The justification for this is the need to carry out ideological struggle in an organised manner. Every Maoist party engaged in serious practice, whatever maybe its level, certainly must handle everything, including ideological struggle, in a systematic and organised manner. There may also be times in a party’s life or during a revolution when debate has to be kept aside in order to present a strongly unified force before the enemy. But norms suitable for exceptional circumstances have become extended beyond justifiable limits, stifling ideological struggle. It in turn hampers the politicisation of the broad masses, the vital importance of which was demonstrated by the Great Proletarian Cultural Revolution (GPCR).

Open ideological struggle was the normal practice in the international communist movement. The sharp crtitiques made by Marx and Engels or the polemics of Lenin against various trends, within and outside the movement,are good examples. The 3rd International (Comintern) was a highly centralised organisation, in its positions as well as organisational methods. Yet open debate on differences continued within the Comintern and its parties till the 10th Congress of the Russian Communist Party. The Russian revolution was facing an extremely challenging situation and absolute unity of the party was necessary to surmount this. Lenin proposed and succeeded in getting adopted a resolution banning factions and factional positions in the
party. But this exceptional step later on became the norm.

It was sanctified with Stalin’s views on ‘monolithic party’.Mao Tsetung’s criticism of this concept as well as his conscious efforts to create a lively atmosphere within the party and society did bring about some change, especially during the GPCR. But the norms formally remained unchanged. They guideed the new Maoist movement.

The main argument against making open ideological struggle the norm, instead of the exception, is that it gives the enemy opportunities to create confusion. Serious differences underlying an ideological struggle,particularly at the leadership level, within a party or between parties,will inevitably be reflected in open propaganda and to some extent in practice. When the struggle is within a party, its reflection in open propaganda can be prevented through organisational decisions. But this too is possible only to a certain degree, unless there is a fall back to the ‘monolithic party’ concept. When the struggle is between parties, such organisational control becomes even more weak and problematic since very party will necessarily be doing open propaganda of its views. Any attentive reader can easily make out the differences. The enemy’s apparatus devoted to this task quickly picks it up very early itself. So we have the situation where the enemy and its think tanks are soon aware of differences within the Maoist movement. They discuss its implications and factor this into their strategies and tactics. Meanwhile the rank and file and the broad asses are in the dark and, even worse, left unprepared and unarmed with a false sense of unity. Moreover the top down organised control of knowledge is today easily subverted by a tiny minority enabled to source the Internet. They gather all sorts of  information, quite often misleading. But in the absence of authentic accounts this misinformation gains credibility; at least in the form of ‘something is cooking up’. The ultimate result is a lot of rumour mongering, confusion and overall weakening of the movement. The norm of avoiding open ideological struggle, among parties, is evidently defeating the very aims it set out to accomplish.

It is more helpful to the enemy.Digging deeper into this we come up against another bad thing carried over from our past, the contrived exaltation of leadership. This came in after Lenin. It is an inseparable part of the monolithic party concept package, along with the norms discussed earlier. And it directly impinges on these norms. Lenin’s authority was derived from his words and deeds which accorded with the needs of the party and the international proletariat. It was not created with a string of adjectives, oaths, name dropping or propping him up to be on par with his illustrious predecessors. In fact Lenin sharply fought against such tendencies, even to the extent of insisting on a public denunciation by the Central Committee. Precisely because of this approach the danger of being accused of irreverence to the ‘Great Leader’ waseliminated and that opened up space for critical debate.

Once you have this style of employing add-ons to embelish a leader, rather than relying on the authority that will necessarily emerge through that person’s role in leadership,it will invariably create a feudal mentality of reverence within the party and the masses. Its corollary is hostility to criticism. For all the fervent talk on being scientific and critical the mood will be, to paraphrase one of Mao’s comments on Stalin, ‘Wrangle on, but don’t touch my ancestor’s ass.’


“Many things may become baggage, may become encumbrances, if we cling to them blindly and uncritically.”