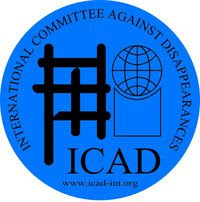 On 9-12 December 2010, the International Committee Against Disappearances organised an international conference against disappearances under custody in London with over 120 participants from 21 countries..

The conference brought together the relatives of the disappeared, organisations struggling against disappearances under custody and human rights violations from different countries of the world, unions, social movements, intellectuals and etc. to share their pain, anger and experiences with each other.

The conference against disappearances was organised under the heading of “Wars, National Movements and Disappearances” and the following three subtitles:

3- The struggle against human rights violations

The Conference heard many people bare testimony to the disappearing of people all over the world who find themselves in opposition to the State and in support of national and social liberation movements.

The activties of groups opposing disappearances from Mexico to Turkey from Eithopia to Morrocco, Balochistan to Sri Lanka were presented and exchanges took place in discussions of how to advance the anti disappeared campaigns in different countries.The anti disappearances campaign in Mexico gave some interesting ideas which could be emulated by others.

Alternative justice was also discussed with the development of popular national and international tribunals for people to place evidence before and to name perpetrators of the injustices.

The use of the internet to publicise the victims of disappearances as soon as possible after disappearances was discussed and plans formulated to implement such a service.

Tongogara of the Free Mumia Abu Jamal Defence Campaign UK spoke at the meeting  about the case of Mumia Abu Jamal who has been on death row in the United States for almost 30 years and the meeting endorsed the call for his immediate and unconditional release.