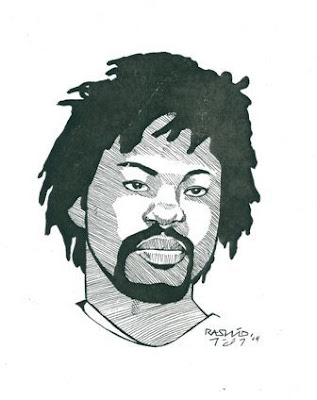 The New Afrikan Black Panther Party is one of the first organizations to reemerge in the U.S., since the destruction of the Black Panther Party in the 1970s, that fully embraces the original program of the BPP and has clearly stated its intention to organize oppressed people for socialist revolution. Claiming the ideology of Pantherism which they indicate to be illuminated by Marxism-Leninism-Maoism.

Below is article by Kevin "Rashid" Johnson of the prison chapter of the New Afrikan Black Panther Party on US Prisons and Torture, we shall publish more of this comrades writings in future..
Posted by nickglais on 12/27/2010 02:53:00 PM