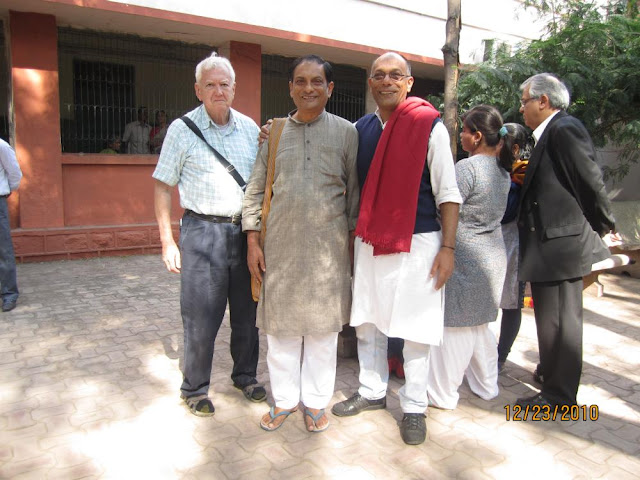 Jonathan Fine of Physicians for Human Rights with Binayak Sen
PHR and dozens of other human rights and medical organizations have repeatedly called for the release of the doctor who was tried for alleged conspiracy against the State. Dr. Sen was arrested in 2007, detained for two years, and released on bail in May 2009. In 2008, he was awarded the Jonathan Mann Award for Global Health and Human Rights by the Global Health Council. Sen was unable to attend the ceremony in Washington that year but his wife, Dr. Ilina Sen, received the honor on his behalf.
PHR calls on those involved in the decisions related Dr. Sen’s plight to recognize that the case has involved innuendo and politicized charges from the very beginning. Many following the trial, including Indian journalists for major national newspapers have described the trial as “farcical.”