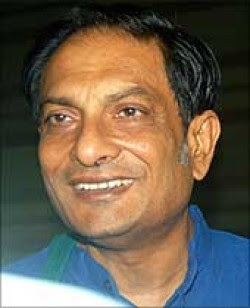 The Release Binayak Sen committee Pune deprecates the totally unexpectedand unjust verdict of holding Dr. Sen guilty and awarding him the life  sentence. This punishment, given without a shred of any incriminating evidence, will erode the credibility of the judicial system and will also in still fear into anyone who legitimately questions the trampling of human rights by the police and other government agencies. Great injustice has beendone, not only to Dr Sen but also to the democratic fabric of this country.


It is very clear that the various allegations against Dr. Sen have beenwidely held as baseless and ridiculous. For example, it was alleged that he was a Naxalite accomplice on the grounds that he met Narayan Sanyal manytimes in Jail. The fact is Dr. Sen met this ailing 70 year old under trial to give him medical advice, to discuss with him the plan of treatment and as PUCL vice president, also to discuss his legal case. The meetings were all in the presence of jail officials. The letter seized from Dr. Sen’s houseand which was produced as an evidence against Dr. Sen was a post card sent by Sanyal to Dr. Sen that had passed thr’ the jail scrutiny and says”Yesterday I talked with Supdt. of police and Jailer and ask them to permit to visit me at least once in a week, and they agreed.—-”


The real ‘crime’ of Binayak Sen is his critique of the ‘Salwa Judum’s violent activities in Dantewada district of Chhattisgarh. The immediate cause was Binayak and PUCL’s exposure of the gunning down of 12 innocent adivasi youths in Santoshpur village by the Chhattisgarh Police on March 31,2007.

PUCL has been demanding the withdrawal of the Chhattisgarh SpecialPublic Security Act (CSPSA) under which Dr. Sen was charged. Various political parties, peoples’ organisations, journalists’ associations and both national and international human rights organisations have pointed out the unconstitutional and repressive features of this Act. Among its arbitrary and dangerous features are the vague definitions of “illegal” and”unlawful” activities. The definitions are such that even peaceful forms of democratic protest and ordinary civil disobedience can be brought under its purview and declared “unlawful activity” and any protesting group can bedeclared “unlawful”.
We demand that justice be done to Dr. Sen, Indian Judicial system and to Indian Democracy.
Release Dr. Binayak Sen Committee’- Pune
Abhay Shukla Neeraj Jain, Dr. Anant Phadke Suhas Kolhekar
( 9422317515) (9422220311) (9423531478) (9422986771)
Milind Chavan Suniti. R.R,
(9890025565) (9423571784)