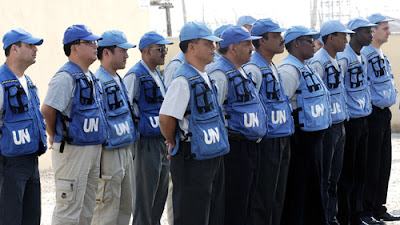 If UNMIN does not remain and armies are not unified, the entire nation will be
pushed into conflict and at that time People\'s Liberation Army (PLA) and Nepal
Army (NA) will be on the same frontier putting arms on arms to fight against
the invaders.

There will be no options to be left before the Nepalese people than
to resist it. These are the versions of UCPN-Maoist standing committee member
Barsaman Pun Ananta in a telephone talk with the correspondent of Red Star
fortnightly.

The complexity in situation is being created by the care taker government
and the puppets of Indian power. The cause or unseen hand
behind the curtain is clear; however, the remedy to get rid off it is still in debate.

Only the unity of nationalist, progressive, leftist and the revolutionaries can
resist successfully the inevitable invasion of foreign power.