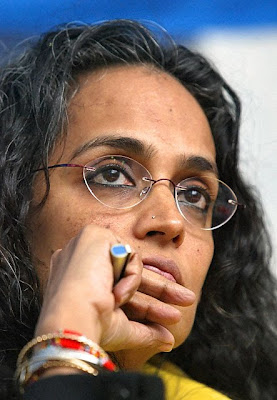 “A couple of years for the bosses of Union Carbide and a life sentence for Binayak Sen,” said celebrated writer and activist Arundhati Roy, referring to the sentence handed down to those accused in the Bhopal Gas Tragedy of 1984.

“After producing Marx's Das Kapital and a letter from the Indian Social Institute as evidence against him, the crisis of Indian democracy does not get more dangerous than this,” Ms. Roy said, referring to the quality of the evidence marshalled by the police in their case against Dr. Sen.
Posted by nickglais on 12/24/2010 03:51:00 PM