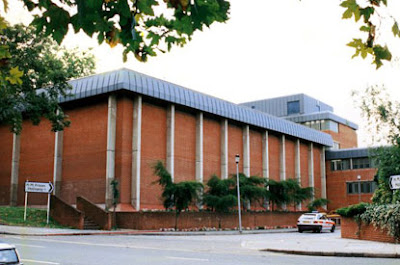 Picture Holloway Prison
In February 2010 prisoners at Yarl's Wood immigration prison organised a hunger strike. They demanded an end to indefinite and abusive imprisonment. Their courageous protest lasted five weeks, despite violent attacks by guards at the detention centre.

As retribution several people involved in the hunger strike were moved to prisons. Three of those targetted in this way are still behind bars: Denise McNeil, Sheree Wilson and Aminata Camara. They have been away from their families, friends and communities for too long.

Their struggle was “for everyone in detention”. We need to support those who take action on the inside. When they use prison to try to silence resistance we will fight back. At the start of a new year, let’s show them that they have our support and that the struggle for freedom goes on.

At 4pm on New Year’s Eve demonstrate outside Holloway Prison, Parkhurst Road N7 0NU in solidarity with the Yarl’s Wood 3. Please invite your friends and family. All ages are welcome. Bring noise-makers.

The Yarl’s Wood 3 will also have bail hearings in the coming month. Your support is very welcome. If you would like to come to the court to show support for them contact freedenisenow@gmail.com.