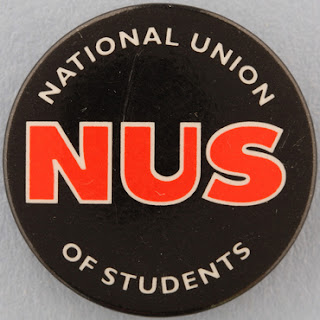 A model motion drawn up by the National Union Of Students (NUS) Executive Committee Members will be sent to universities across the country.The document claims Mr Porter should be stripped of his position because he has failed to back the student protests.

"We the undersigned believe that Aaron Porter should be removed as NUS National President as he is unable to lead the student movement.

"His failure to call or even back another National Demonstration, his refusal to back up his promises of support for occupations, his weak stance on police brutality and his collusion with the Government in identifying cuts means he has lost the confidence of the movement.

"We call on activists to bring motions to their Student Unions calling for his removal and an Extraordinary Conference to do so."

Sean Rillo Raczka, Birkbeck University student union chair who wrote the motion told Sky News there is a strong feeling among activists that the president must go.

He said: "Aaron Porter has not been leading the student movement.

"We have seen people on the streets day after day protesting, but he has done nothing."

An NUS spokesman said: "The NUS National Executive Committee is a 50 member strong elected body so there are bound to be disagreements."

He added: "Aaron Porter is not available for comment on this as he is busy working on other aspects of the campaign."

SOAS student union has already passed a vote of no confidence motion against Mr Porter in a meeting last Friday.

At least 25 student unions have to pass a motion before a vote of no confidence can be considered.