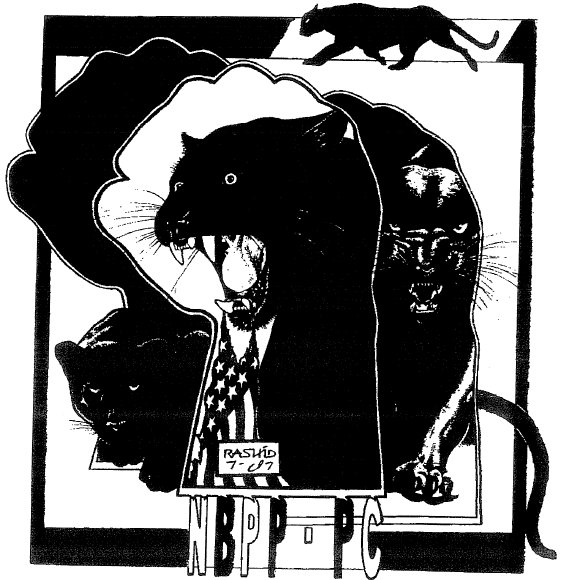 ALL POWER TO THE PEOPLE!

My name is Shaka Zulu. I am the Chairman of the New Afrikan Black Panther Party (NABPP), a revolutionary nationalist vanguard Party in the tradition of the original Black Panther Party. Our ideology is called Pantherism, illuminated by Marxist-Leninist- Maoism (MLM). Pantherism is the theory and practice of socialist revolution for all oppressed people across the world. Pantherism holds that in order to defeat our oppressors we must build base areas of social, cultural and political power in our own oppressed communities.


We see our Party as the 21st century embodiment of the original Black Panther Party (BPP). We have set up our Party Organization in a way that absorbs ALL who can help in the development of NABPP as a cutting edge proletarian vanguard Party. We are inviting you to put your talent and energy in a revolutionary vanguard Party. The many Panther formations that have sprung up across the country, while a good thing because it means that people are doing things to advance the national liberation struggle, cannot liberate the masses from the junk of bourgeois culture until we form a fighting party, an advance detachment of proletarian consciousness and activism.
We think that it is absolutely important for all of us to be united and together as Panthers, as one huge revolutionary family cemented with Panther Love. Panther Love is revolutionary love, liberating love, world changing love. We believe that Panther Love as a viable means of unity will enable us to better advance our strategy of “Turn the Iron Houses of Oppression into Schools of Liberation, and the Oppressed Communities into Base Areas of Cultural, Social and Political Revolution.”
We have to be together to collectively deal the avarice vampire monopoly capitalist a final death blow. While we fight and divide at the bottom, the monopoly capitalist are cooperating locally and globally to maintain capitalist imperialism oppression and domination over places like Afrika, Central Asia, Latin Amerika, the Middle East, and the various oppressed nations in empireland. We cannot defeat them by being scattered and loose. We need a powerful force such as democratic centralism. Our struggle is not a race struggle, but a class struggle, an international struggle against capitalist imperialist structures which perpetuate the economic exploitation of resources, lands, markets, wage-workers, and the environment.

The Maoist Movement is international–which means that if we intend on sowing seeds of world socialist revolution–we should be proud to raise the Red flag from a position of unity.
In the Party’s newspaper Right On! #1, we stated that “Understand¬ing the role that the party must play is also understanding the role others must play and how these roles fit together to serve the highest interests of humanity. The Party cannot be all things. Its special purpose is to represent the future in the movement of the present and illuminate the path forward. It is a Black revolutionary nationalist party that recognizes that class struggle and socialist revolution is the path forward.”
The solution to all of our problems come down to revolution, socialist revolution and the correct practice of Pantherism, which is the 21st century ideology of the New Afrikan Black Panther Party-PC (NABPP). So while the monopoly capitalist class oppressors remain united, our ranks exude the death of division and petty squabbles over who hold the principle political line. It comes down to really understanding the tricks the ruling class historically, consistently use to keep us divided.
Comrade Tom Big Warrior stated so eloquently in his forward to “Black Youth and the Criminalization of a Generation” that the oppressors have a strategy that unite neo-liberals and neo-conservatives all over the world. And in order to defeat them, we must develop our strategy–of building base areas of cultural, social, and political revolution–of going amongst the people and organizing and mobilizing them to take on the historic mission of making revolution.
Comrades! We have a marvelous role to play, an historic task to complete, a great opportunity to turn our single fingers into a fist of revolutionary unity by getting together under the leadership of the New Afrikan Black Panther Party (NABPP). We need you! We invite all sincere, honest, loyal Comrades to struggle with us to free New Afrikan people and all oppressed people across the world. Pantherism is the key here.
We leave you with these words from Comrade Huey: “But to achieve such freedom, we must all start at the bottom. We must fight as brothers [sisters], each in our own community or ghetto, but against the common enemy that deprives’ us of our identity, that is, that exploits us economically, politically, culturally. We are then both nationalist and internationalist. We fight for our freedom in our own terrain, but in alliance with everyone who fights: our enemy, not just because we need each other tactically but because we are brothers [sisters].”
All Power to the People!