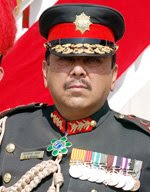 Speakers at the UML parliamentary party meeting in Singh Durbar Friday said the government took the decision in haste and without seeking political consensus. They also accused the government of concentrating more on reverting decisions of the former government rather than pursuing genuine agendas.

Most of the lawmakers who spoke at the meeting said UML would not gain anything by advocating the President's 'unconstitutional move.

UML-led coalition which had said it would not touch the army chief issue before the case is decided by the Supreme Court, took the decision Thursday. The apex court is yet to give its verdict on the case.

Party chairman Jhala Nath Khanal, who heads the PP, and Prime Minister Madhav Kumar Nepal were also present at the meeting and were yet to answer the questions when this report was filed.

The meeting is also scheduled to discuss the programmes and policies of the new government, party's role in writing a new constitution and duties of the government at these critical hours.

Meanwhile, the Unified CPN (Maoist) has slammed the government decision to reinstate Kawatal.

The brief meeting called for discussion on the proposed party draft of the new constitution, was instead focused on condemning the government decision.

The party termed the government decision as a step against civilian supremacy. The party is likely to discuss the issue at the ongoing politburo meeting.

A meeting of the party's politburo in the afternoon decided to wage a nationwide protest movement against the decision to overturn the earlier government's decision to sack Katawal. As part of the protest, Maoist cadres will burn effigies of the Prime Minister and stage torch rallies in different parts of the country Friday evening.

On Saturday the party will organise publicity campaign on its protest programmes and picket the government offices the next day.
Posted by nickglais on 6/20/2009 01:19:00 PM