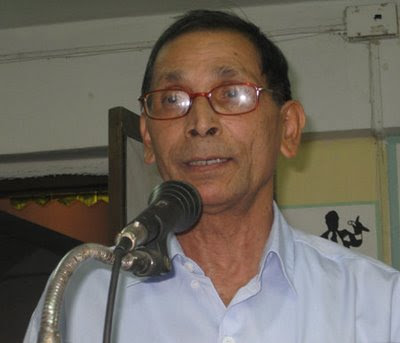 The nineteen page long political proposal forwarded by the Maoist Party Chairman Pushpa Kamal Dahal on June 16, 2009, at the Maoists party politburo meeting has been labeled as ‘status quoists’ by the majority politburo members of the party.

The majority politburo members of the Maoists Party ventilating their views on Wednesday June 17, 2009, said that the proposal forwarded by Chairman Dahal if accepted by the party would tantamount to be a betrayal to the revolution thus to save the revolutionary credentials of the party, a new forward-looking proposal is demanded.

Dahal proposal entitled “Current Situation and the role of the Proletariat” has also been termed as a document surrendering to the revolutionary ideals of the party.

Chairman Dahal proposal favors the formation of a National Government led by the Maoists party.

However, Dahal’s detractors believe that to give a new height to the spirit of the Revolutionary Ideology the Maoists party must take to the path of attaining the objective of Peoples’ Republican order.

Sources quote Dahal’s detractors as saying that an urban revolt to attain the objective of Peoples’ Republican order should be the party strategy.

“If Dahal ignored our request within stipulated time frame, we will be forced to bring in yet another proposal”, they add
Posted by nickglais on 6/18/2009 11:27:00 PM