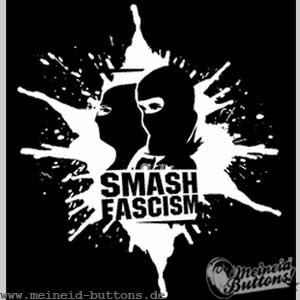 Last night saw the fascist British National Party (BNP) gain its first two seats in the European parliament. BNP candidate Andrew Brons, a former stalwart of the National Front and a lifelong Nazi, narrowly took the final MEP place in the Yorkshire & the Humber region. The fascists polled 120,139 votes, representing 9.8% of the vote as compared to 8.0% in 2004.

BNP leader Nick Griffin took the final MEP place in North West England in the early hours of today. Griffin, who has a criminal conviction for incitement to racial hatred, polled 132,094 across the region, or 8.0% of the vote as compared to 6.4% in 2004.

"It is a shameful stain on Britain that we now have racists and fascists representing our country. It is vital that everyone now isolates and confronts the BNP and works with Unite Against Fascism to defeat them."

"The economic crisis and abuse of MPs' expenses have provided fertile ground for the extreme right. It is no surprise in these circumstances to see an electoral breakthrough for the BNP, a fascist party, in Britain.

"The BNP claims to be a normal political party. In fact they are 21st century Nazis. As in the 1930s they exploit people's anxieties in an economic crisis to scapegoat minorities and ultimately threaten all our democratic freedoms.

"Wherever the BNP wins elections, racist attacks increase. Nobody should use the BNP result as an excuse to capitulate to racism. That is exactly the approach which has helped them get this far and it would help to get them further.

"Unite Against Fascism is committed to the broadest progressive alliance against the BNP -- linking all democrats, trade unions, minority communities and the great majority of society against every kind of racism and fascism."

"This is a turning point in British politics. It is the most significant electoral success to date for a fascist party in this country. It threatens to normalise the presence of the BNP on the political scene in a similar manner to Jean-Marie Le Pen's Front National in France.

"We cannot allow this to happen. It is vital that we mobilise the largest possible mass movement across every walk of life to stop the fascist BNP and drive them out of the political mainstream.

"We have done this before when working people rose up in unity to defeat Oswald Mosley's British Union of Fascists in the 1930s. We did it in the 1970s when the Anti Nazi League drove the National Front of the streets. Now it is our duty to inflict the same defeat on the British National Party."
Posted by nickglais on 6/07/2009 11:32:00 PM