Electoral Coup in Iran: How Ahmadinejad won by Saeed Rahnema 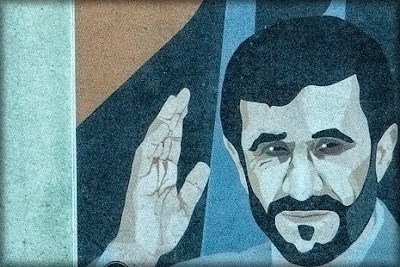 Shock, disbelief, despair, anger, street riots, tire burning and confrontations with police brutality have engulfed Iran, following the presidential elections that reinstalled Ahmadinejad through a claimed landslide victory in the first round of voting. Everyone predicted at least a runoff. Many believed that with the massive electoral participation of about 82 per cent, Moussavi would eventually be the winner.

How did Ahmadinejad manage to win this election? First, the Supreme Leader, Khamenei, and the circle around him came to the final decision that he should stay in power. Ahmadinejad has proven that as a lackey of the Leader, he would unquestionably carry out Khamenei's orders. In a show of support for Ahmadinejad Sobh-e Sadeq, the official organ of the Representative of the Supreme Leader in the Islamic Guard Corps, announced on June 8 that "we should make sure that individuals who want to submit to the West would not be elected."

On the basis of the Leader's decision, the regime's electoral machine, mosques, religious foundations, the militia and the Islamic Revolutionary Guards began mobilizing their blocs of voters. These religious institutions have millions of people on their monthly payrolls and the regime has always counted on their votes.

Ahmadinejad was also able to rely on his own trustworthy "machine." Among the first decisions he made when he became President in 2005 was the removal of provincial and sub-regional governors, mayors and even village headmen, replacing them with his cronies mostly from the military and security establishments. He regularly travelled to various towns and villages with sacks of money that were distributed among his supporters. The massive increase in oil prices during his presidency provided more opportunities for him to spend generously. During the days leading up to the elections, the parliament's Accounts Bureau revealed that over $1 billion were unaccounted for. Benefiting from these free handouts, local officials and mullahs in rural areas and small towns could easily mobilize voters in favour of Ahmadinejad.

Despite all these preparations for vote collection, however, Ahmadinejad and the military/security establishment and the conservative clerical clique were taken by surprise at the mass mobilization of the educated urban middle classes, women and youth, who in the absence of a better candidate, rallied around Mir Hussein Moussavi. As the days of the elections got closer, the anti-Ahmadinejad movement became larger and bolder in its demand for change. In many rallies, particularly in the universities, Ahmadinejad was jeered, booed and faced with a chorus of "liar, liar." He had to cancel several of his speeches and in some cases had to hurriedly jump into his car to escape from demonstrators.

The scale of the pro-Moussavi movement was so large and gaining such momentum that the establishment realized that in the case of runoff elections, Ahmadinejad would definitely lose and civil society would gain more ground and make more radical demands. Alarmed by the probability of losing the vast majority of votes in large urban areas, the Ahmadinejad camp began preparation for rigging and "engineering" the vote. The main mechanism for this was the Ministry of Interior under Sadeq Mahsooli, his crony and confidante. In the absence of any independent observers, the Elections Bureau could easily manipulate the votes. They boldly decided that Ahmadinejad should be declared the winner in the first round, and with a large enough margin to eliminate any doubt; the bigger a lie, the better its believability!

The establishment was also prepared for the crackdown in case of revolts. A couple of days before election day, the Head of Political Department of the Islamic Guards Corps announced that they would "crash any attempt for a velvet revolution." In addition to its already massive array of repressive apparatuses – the Islamic Guards, the regular army and police, the Basij militia, and Special Forces – the regime also recruited a sizable number of young men through recruiting stations in large cities, providing them with mopeds and cellular phones. These gangs are on-call and any time there is a demonstration or anti-regime gathering they are dispatched to attack protestors. Some of the motorcycles burnt by the supporters of Moussavi in the street protests belonged to these gangs.

What the regime had not anticipated was the massive reaction of the voters following the release of the concocted election results. It's also worth noting that the continued confrontations of the two main factions of the regime reached a critical point when candidates recklessly exposed each other's embezzlements, corruptions and fake degrees during the debates. This further polarized the clerical regime and the open conflict between the two main factions within it. The support from one faction of the ruling bloc made the suppression of the revolt by the disgruntled electorate and protestors more difficult.

Both factions are now faced with a complex impasse; if Moussavi backs down, this would be political suicide for him, turning him into another compromising figure like former President Khatami. If Ahmadinejad's side backs down, the legitimacy of the military-security establishment and the Supreme Leader would take a further (and near irreparable) blow.

There are some key and difficult questions at this critical political moment: Which faction will back down? If the "reformist" camp persists, and public revolt expands, will the regime resort to an even more bloody and total suppression? In this case, would the street demonstrations be elevated to a revolutionary movement with the aim of toppling the whole Islamic regime, or would it retreat and dissipate? In the case that the "reformist" movement does back down, would the public revolt also die down, or will some elements separate themselves from the rest and follow a more radical and independent path in confronting the regime?

It should be noted that both factions of the regime are afraid of an uncontrollable escalation of tensions and civil disobedience, and it is quite possible that they reach some sort of middle ground concessions. If this happens, it will no doubt have a negative impact on the movements within civil society. Some groups will accept the compromises, some will be disappointed and depoliticized, and others will continue their resistance independently. However, even though the post-election events might appear as a new revolution, the protest movement is not in a position and does not have the organizational means to challenge the Islamic regime in its totality in a direct assault.

Nonetheless, whatever the results of this election and the factional conflicts, this is the most critical turning point in 30 years of the Islamic Republic. The remarkably vibrant civil society led by the women's movement, youth, teachers and workers, acted cautiously and shrewdly. They entered the election process with specific demands and cast their votes against the favoured candidate of the establishment.

If they had boycotted the elections, for fear of legitimizing the status quo, the regime would not be in the disastrous mess it now finds itself in. With a lower participation rate, Ahmadinejad would have won the majority of the votes, the regime would not have needed to resort to the shameful rigging, they would not be facing the mass disgruntlement and street riots, and the regime would not have had to savagely suppress peaceful street demonstrations, making itself even more disgraced in the eyes of Iranians and the rest of the world. The regime, in a sense, succeeded in declaring its favoured candidate the winner, but itself became the loser in the process. Iranian civil society is moving step-by-step towards establishing its democratic and secular counter hegemony.

About the author: Saeed Rahnema is a professor of political science at York University and media commentator on the Middle East.
Posted by nickglais on 6/21/2009 12:22:00 PM