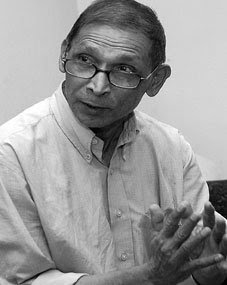 The marathon meeting of the politburo of the Unified CPN (Maoist) concluded on Monday, deciding to go for a Maoist-led 'national government'.

"We had serious discussions on the current problems in the country as well as the party's internal issues during the politburo meeting. We weresuccessful in reaching the right conclusion and consolidating the partyunity," party chairman Prachanda at the end of the meeting.

Saying that the 'reactionaries' are trying to derail the peace process andkeep the Constituent Assembly inactive, Prachanda said the party has vowed to stand up to the conspiracies of reactionaries. He also said the partywould continue agitations unless the President's unconstitutional move is rectified.

The politburo meeting, which ran for two weeks at the office of the Maoist sister organisations at Koteshwor, passed Prachanda's 19-page long political document with minor amendment.

Senior leader Mohan Baidya ( Kiran) and his hardliner loyalists had criticised Prachanda's document for deviating from the long-held policy of 'people's revolt' to establish 'people's republic'. However, they did not bring up separate proposal to counter Prachamda's policy document.

It was the first meeting of the Maoist politburo after the party's exit from the government.
Posted by nickglais on 6/29/2009 11:58:00 AM