Open letter of support to the demonstrators in Iran! 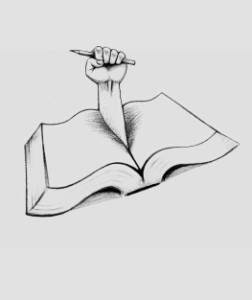 Open letter of support to the demonstrators in Iran!

This morning Ayatollah Ali Khamenei demanded an end to the massive and forceful demonstrations protesting the controversial result of last week's election. He argued that to make concessions to popular demands and 'illegal' pressure would amount to a form of 'dictatorship', and he warned the protestors that they, rather than the police, would be held responsible for any further violence.

Khamenei's argument sounds familiar to anyone interested in the politics of collective action, since it appears to draw on the logic used by state authorities to oppose most of the great popular mobilisations of modern times, from 1789 in France to 1979 in Iran itself. These mobilisations took shape through a struggle to assert the principle that sovereignty rests with the people themselves, rather than with the state or its representatives. 'No government can justly claim authority', as South Africa's ANC militants put it in their Freedom Charter of 1955, 'unless it is based on the will of all the people.'

Needless to say it is up to the people of Iran to determine their own political course. Foreign observers inspired by the courage of those demonstrating in Iran this past week are nevertheless entitled to point out that a government which claims to represent the will of its people can only do so if it respects the most basic preconditions for the determination of such a will: the freedom of the people to assemble, unhindered, as an inclusive collective force; the capacity of the people, without restrictions on debate or access to information, to deliberate, decide and implement a shared course of action.

Years of foreign-sponsored 'democracy promotion' in various parts of the world have helped to spread a well-founded scepticism about civic movements which claim some sort of direct democratic legitimacy. But the principle itself remains as clear as ever: only the people themselves can determine the value of such claims. We the undersigned call on the government of Iran to take no action that might discourage such determination.

This letter is also signed by:

Also signed by the following academics: