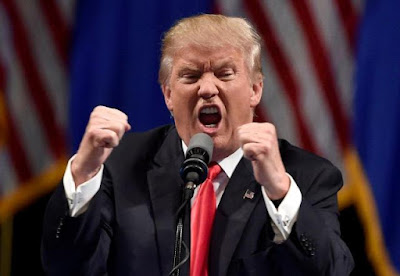 Democracy and Class Struggle says after Trump's first 20 days in office Trump has hit the reality wall of China and the One China Policy and the US Federal Courts on his travel ban.

The message is clear Trump can be halted and defeated and this should encourage all those at Standing Rock to reverse the Trump Executive order on the DAPL.

Struggle can change the world - struggle harder in 2017 - we have a world to win.


In a phone conversation with Chinese President Xi Jinping, US President Donald Trump has vowed to honor Beijing’s “One China” policy, the White House said. The two leaders exchanged state visit invitations in a sign of improving ties.

“President Trump agreed, at the request of President Xi, to honor our ‘one China’ policy,” the White House statement said, following a lengthy conversation between Trump and Xi.

“They also extended invitations to meet in their respective countries. President Trump and President Xi look forward to further talks with very successful outcomes,” the White House said. Without providing further details, the statement spoke of “discussions and negotiations on various issues of mutual interest” that the two plan to undertake.


A US federal appeals court has rejected President Donald Trump's attempt to reinstate his ban on citizens from seven mainly Muslim countries.
The 9th US Circuit Court of Appeals said it would not block a ruling by a Seattle court that halted the order.
Mr Trump responded with an angry tweet saying national security was at risk and there would be a legal challenge.
Posted by nickglais on 2/10/2017 01:21:00 AM