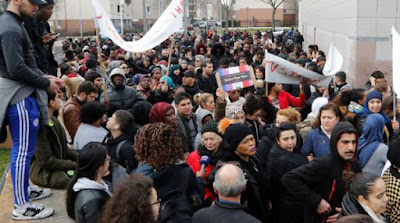 Again, the cops were exemplified by their barbarity. Theo, 22 years old, was arrested by four policemen l: in addition to the usual violence, spitting and insulting, these policemen raped him by thrusting their truncheons into the anus ... An ignoble act that clearly shows the racist and barbaric mentality that exists within the police. Operated after emergency he is today in a very worrying state.

The doctor ordered him 60 days of ITT His family and medical staff are worried about him
Contrary to what can be heard, police violence is not "exceptions" or "burrs". Theo had the good reflex to place himself in the field of a camera. A neighbor also intervened. But unfortunately this is not the case all the time. This case has surfaced, testifying to the daily police practices in the working-class neighborhoods.

As in the case of Zyed and Bouna in 2005, as in the case of Adama Traoré last year, the media, politicians and "Justice" immediately took sides with the police. the policemen, the IGPN concludes that there would have been an "accidental rape"! 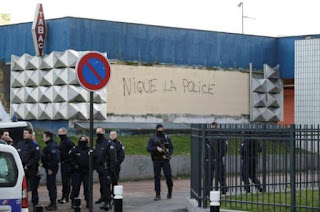 The police is a racist, xenophobic body, which protects the state and the possessors by terrorizing the popular classes, especially Blacks and Arabs in the working-class neighborhoods, to dissuade them from wanting to improve their living conditions and maintain them in Ghettos. It acts as a colonial occupation force (let us cite as an example flagrant descent armies, blockades and the reinforced controls during the Eid ...).

Since Saturday, the young people, enraged with reason, confront the police in Aulnay and the surroundings in the 93. President Hollande personally came to visit Theo at his bedside. However, yesterday, MEPs voted a law relaxing the self-defense of the cops, and remember, the IGPN considers the act committed by the police officers as an "accidental rape".

Pigs have to pay! And this will be the case, as the scattered resistances form a single revolutionary river that will carry this rotten system to destruction.

The Translation is by DCS any mistakes are our not PCM 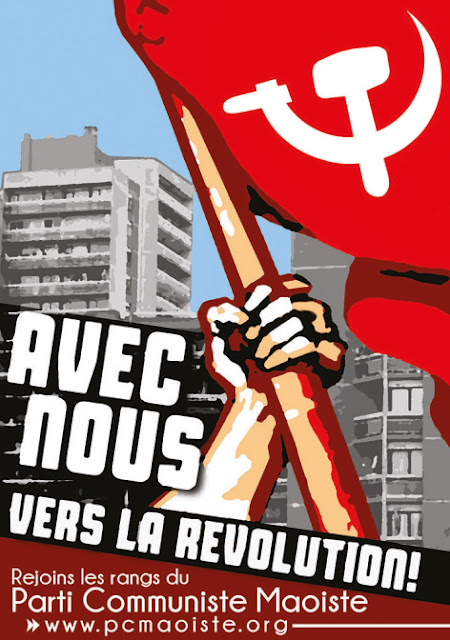