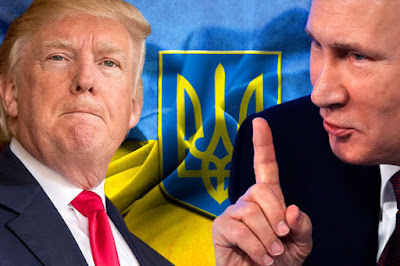 Democracy and Class Struggle is not surprised by these developments - it is just the real and rational asserting itself in international relations - as Madsen says Trump is no Russophile and those that were deluded into thinking he was are increasing isolated even in Russia - but it appears RT Trump Fan Club will be the last people to get this message.

For more on the Incredible Trump Deception see interview with F William Engdahl at the bottom of this page.

Wayne Madsen, an author and investigative journalist in Washington, made the remarks after the US State Department condemned a recent attack on a monitoring group in Ukraine.

The Organization for Security and Cooperation in Europe (OSCE) said Friday that one of its patrols in Ukraine’s restive eastern parts was attacked by Russian-speaking people, who also seized a drone the group was using.

The US State Department blamed the attack on Moscow and called on the Russian government to “immediately” observe ceasefire in the restive region.

“We were told that Trump would have a different policy than his predecessor Obama,” Madsen said.

“It is rather disappointing that the rhetoric by Trump is not matched by any actions,” he added. “It is more of the same, not much different than Obama.”

Referring to statements by US Secretary of State Rex Tillerson and Pentagon chief James Mattis about the continuation of US sanctions against Russia,

Madsen argued that Trump is the opposite of the Russophile some people claim he is.

“It really goes to show that those who think that Trump is some sort of a puppet of Russia are really trying to inflame US-Russia relations for other purposes,” he concluded.

The US and its allies had levied broad economic sanctions against Russia over its alleged support for pro-Russia separatist forces in eastern Ukraine.

Ties between Moscow and the West further deteriorated in 2014, after the strategic Black Sea peninsula of Crimea rejoined Russia in a referendum.

Trump has been under attack for expressing his willingness to cooperate with Russia in tackling global issues such as terrorism.

He came under more pressure when his national security adviser Michael Flynn resigned over holding secret talks with Moscow with regards to the sanctions.

However, many were surprised earlier this month, when he said that Russia should “return” Crimea to Ukraine.

In their phone conversation in late January, Trump and his Russian counterpart Vladimir Putin both said they would like to try to mend battered US-Russia relations


IN CASE YOU MISSED THIS THE INCREDIBLE TRUMP DECEPTION BY F WILLIAM ENGDAHL OF 22ND DECEMBER 2016.

A VIEW WHICH DEMOCRACY AND CLASS STRUGGLE HAS CONSISTENTLY UPHELD IN OUR COVERAGE OF TRUMP AND RUSSIA, IRAN AND CHINA.

While this interview was recorded on 22nd of December 2016 and has been superceded by some events his broader narrative has proved to be correct.