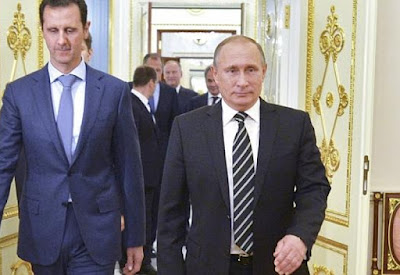 The Syrian government completely rejected any form of Kurdish autonomy and has reportedly proposed amendments to change the Russian draft proposal for a new Syrian constitution.

The draft proposed by Russia suggested a decentralized Syria in article 40, which mentioned regional assemblies, called ‘people’s societies’. The draft constitution also mentioned equality of the Kurdish and Arabic languages.

“The Kurdish cultural self-ruling systems and its organizations use both the Arabic and Kurdish languages equally,” the draft reads.

Kurdish officials of the Democratic Union Party (PYD), however, suggested that only full federalism would be a solution, and that the Russian draft proposal didn’t go far enough.

On the other hand, the Syrian government rejected any form of local autonomy or recognition of the Kurdish language on an equal level, and requested the Russians to amend this.

Moreover, the Russian draft of a new Syrian constitution also stipulates that the Syrian president would be elected for one term of seven years, without the right to re-election. The Syrian government rejected this, and disagreed with limiting the power of the president.

According to the Syrian state media, Jaafari said that the issue of federalism would be decided “by all Syrians and not decided unilaterally by a single component,” adding that all ideas “even one as crazy as federalism, must be put to a democratic vote.”

Reiterating the regime’s position, Jaafari said that “it’s completely unacceptable for a group of people to decide to create a statelet and call it federalism.”

“The Russians are trying to find an arrangement between Assad and the PYD. Assad, however, will not want to have a parallel governing structure in control of areas of Syria with somewhat important resources,” Tony Badran, a research fellow at the Foundation for Defense of Democracies told ARA News. “And with a direct line to outside actors that doesn’t pass through him. It would mean that he and the PYD are effectively equals.”

“Who knows what the outside actors might or might not agree to. But it’s important to remember that in 2012, the Turks were open to a conversation with the PYD, provided the Kurdish areas included a power sharing agreement that allowed for Turkish allies (Kurdish and non-Kurdish) to be strong partners. The PYD rejected all that,” he said.

Dr Kamal Sido, a consultant for ‘the Society for Threatened Peoples’ (STP), told ARA News that federalism is the best solution for Syria.

“I think the regime in Damascus, the Islamists and Turkey have the same position on the question of autonomy or federalism,” Dr Sido reasoned. “They are against autonomy for Kurds, but the Kurds want federalism.”

“However, I believe the biggest enemy of Kurdish autonomy is Turkey and the Syrian Islamist rebels –not the regime in Damascus. They are similar to the Iraqi Sunnis who opposed federalism for the Kurdistan [Region] after 2003,” Sido concluded.